The best IoT connectivity option depends on the device requirements, such as the distance the data is required to travel and battery life of the device. 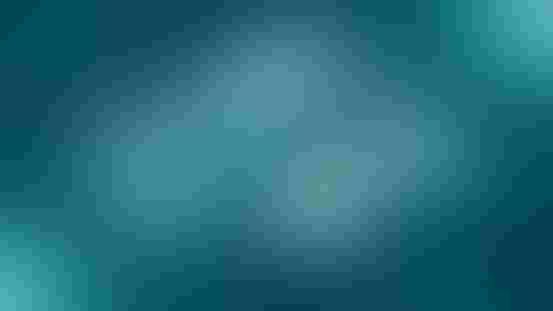 All IoT deployments require hardware, software and wired or wireless connectivity and most require some level of services to implement.

Wired networks have a long-standing tradition of meeting the demands of Internet of Things (IoT). Ethernet and fieldbuses have been the default technology options for exchanging factories’ time-critical data since the 1980s, said Jeroen Hoebeke, an associate professor at IDLab, an Imec research group at Ghent University/University of Antwerp.

Yet, while they are robust, wired networks are costly and involve a high degree of complexity. Cables need to be run to every machine, sensor and actuator, he said.

In this article, we explore some of the options for IoT connectivity.

As such, wireless connectivity has been a driving force in the proliferation of IoT deployments, said Sandra Wendelken, senior research analyst, mobile services and software at IDC.

The tradeoffs involve factors such as range (i.e., the distance the signals travel), power consumption (i.e., hard-wired power versus battery-powered and battery life), bit rate (i.e., how much data can be sent and how fast), resistance to interference (i.e., some technologies handle signal reflection and absorption better than others), location accuracy (how precise a fixed or moving device can be pinpointed), real-time versus near real-time (e.g., this second versus a few seconds ago) and price, Benson said.

Since the majority of IoT devices use wireless connectivity, it is then a question of what range of wireless is required for the application, said Robin Duke-Woolley, CEO, Beecham Research Ltd.

“If only limited coverage is required, such as in a hospital ward, then Wi-Fi and other short range wireless technologies are appropriate,” Duke-Woolley said. “If a wider coverage is needed, it is then a question of the data rate required for the application and the reliability versus the cost.”

LoRa and Sigfox connectivity are used for low-data-rate applications, while 4G and 5G broadband are used for high data rates, Duke-Woolley said. Mobile networks are also better for assets that move, such as trucks. Narrowband IoT (NB-IoT) and LTE-M (aka CatM1) are cellular alternatives to LoRa in particular. In a remote area, satellite may be the only option but currently is more expensive than other connectivity types, he said.

However, the choice of IoT wireless connectivity will depend on the objective, Benson said. And sometimes a combination of technologies will suit the needs best.

Short-range wireless networks have limited coverage areas and generally use mesh networking technologies, including ZigBee, Z-Wave and Thread; radio frequency identification (RFID); Wi-Fi and Bluetooth. Each technology has benefits and drawbacks depending on the application, according to Wendelken.

Thread is also a Wi-Fi complement and has some applications in the enterprise IoT segment for monitoring controls, machines and valves, according to Wendelken. Mesh networks are deployed in industrial applications that require high data throughput, but the lack of range can be a problem, adding to network complexity.

Thread is a short-range technology sometimes used in the enterprise IoT segment, she said. The technology is now used to track livestock with individual nodes on animals and low-power sensors forming the mesh network. Additional Thread use cases include control modules for LED lighting, solar farms, manufacturing machine heat and humidity monitoring, and thermostatic and HVAC controls.

Bluetooth Low Energy (BLE) offers short range, but it can communicate moderate amounts of information reliably and with little power consumption, Benson said. BLE also typically uses 2.4 GHz, similar to some Wi-Fi channels but is more accurate than Wi-Fi at positioning but still not particularly precise, he said.

“That makes it a good choice for connecting devices such as smartwatches and headphones and for certain proximity services,” he said. “BLE can also be used in a wall- or ceiling-mounted ‘beacon’ that transmits its unique identifier to nearby smartphone apps or IoT devices to help the user navigate an indoor building or to trigger location-specific content (e.g., to serve a museum patron relevant information about the painting they’re near).”

UWB implementations may require a higher initial investment that BLE or Wi-Fi. However, costs continue to decrease and some experts anticipate UWB will develop into the premier standard for short-range communication and localization, Benson said.

“Wi-Fi’s downsides are that it requires a fair amount of power, so access points need to be hard-wired to power,” Benson said. “And for location context the ability to use Wi-Fi signals can be good for larger objects but may not provide the precision required for other positioning applications.”

Wi-Fi is not used heavily in industrial settings but is often used in enterprise use cases, according to Wendelken. Both technologies are prevalent in consumer applications, such as personal area networks, wearables and smart home applications.

“As soon as there’s a use case that requires a very high quality of service and a very low latency, Wi-Fi immediately becomes a problem,” said Arun Santhanam, vice president, Capgemini.

Long-range networks are generally composed of cellular networks, including 2G through 5G technologies, and low-power wide area networks (LPWAN) in licensed forms, such as narrowband IoT (NBIoT) and LTE-M, along with unlicensed LoRa, SigFox and myThings connectivity technologies, according to Wendelken.

“One challenge is that tier 1 mobile operators have sunset plans for their 2G and 3G networks, which means enterprise customers must transfer the IoT devices to 4G and 5G networks more prominently in use,” Wendelken said.

“5G networks are expected to offer much higher bandwidth and data speeds and lower latency than previous cellular generations.”

NBIoT can also be used for smart metering, facility management services, property alarms, and smart city infrastructure applications, such as streetlamps, she said. LTE-M is best suited for low-density sensors, automated meter reading and asset tracking. Hybrid asset tracking applications could include a short-range connection for the real-time location system, with LTE-M as the backhaul connectivity to reduce costs.

LTE-M and NBIoT are secure, operator-managed in licensed spectrum, and designed for IoT applications that are low cost and use low data rates, she said. Many IoT deployments using 2G/3G networks will likely be transitioned to one of the two technologies, which co-exist with 4G and 5G cellular networks, and will transition well to 5G LPWANs, according to Wendelken.

Sigfox is software based, and the network and computing complexity is managed in the cloud rather than on the devices. Sigfox operates in 200 KHz of unlicensed spectrum to exchange radio messages 100 Hz wide and transferred at 100 or 600 bits per second data rate, depending on the region, Wendelken said.

“The myThings connectivity system is built for complex industrial and commercial sensor networks . . . and the technology offers a data rate of 512 bits per second,” she said.

“Its long-range capabilities translate into less infrastructure required, making it more affordable than some alternative technologies,” Benson said. “And the robustness of the signal means data transmission integrity is high even in challenging radio frequency environments with a non-line of sight requirements or an abundance of reflection and absorption.”

This consistency of communication is especially imperative in safety and security use cases where location determination needs to be accurate and in real time, he said.

Alternatively, clustered low-earth orbit satellites are the better choice to connect these remote locations to the rest of the world’s LEO satellites are an exciting opportunity and they’re going to be most powerful and most popular with consumer-packaged goods manufacturers and manufacturers of other types of consumer products, said Eric Goodness, research vice president at Gartner Inc.

There have been a number of consumer-packaged goods manufacturers that have invested in some of the LEO deployments and they’re going to be used for some rural areas where there is not a lot of opportunity, he said.

“I definitely believe that LEO satellites are going to be part of a multimodal connectivity plan for enterprises,” Goodness said. “The thing with emerging connectivity providers like LEO satellites or 5G, there’s just been so much hype and ramp up ahead of actual deployment that I just think there’s a little bit of marketing fatigue out in the marketplace.”

When investigating IoT connectivity options, there is no one-size-fits-all solution, Hoebeke said.

“It all depends on the actual IoT use-case that needs to be supported and the underlying trade-offs that have to be made in terms of network coverage, capacity, latency, reliability, energy usage, etc.,” he said.

Linda Rosencrance is a freelance writer and editor in the Boston area. She has written about information technology for more than 20 years, covering topics such as data loss prevention, network management, mobile application development, big data, analytics and ERP. Her articles have appeared in such publications and websites as TechTarget, Computerworld, CIO magazine, ITworld, SecurityNewsDaily, TechNewsDaily, MSDynamicsworld.com and others.

See more from Linda Rosencrance
Sign Up for the Newsletter
The latest IoT news, insights & real-life use cases...delivered to your inbox