Internet of Things deployments may benefit from the expanded capacity of 5G, but there are other worthy connectivity options. 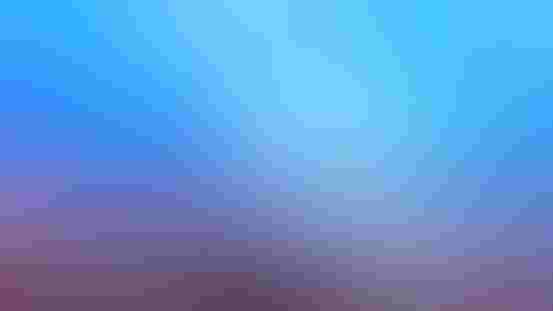 As public carriers extend their new infrastructure into more areas, the drumbeat for a 5G wireless world has grown louder. But public carrier 5G shouldn’t eclipse the multitude of network connectivity options that businesses can use to bring Internet of Things (IoT) and network edge operations into harmony.

In the amplified marketing arena of mobile network operators (MNOs), 5G is the fifth-generation mobile network standard on its way to eventual domination of wireless phones, mobile broadband and perhaps even an alternative to last-mile fiber and coaxial broadband. That 5G will be based on the 3rd Generation Partnership Project (3GPP) 5G New Radio (5G NR) standard. Some carriers, however, have rolled out earlier implementations that are “pre-standard” or a transitional “4G-plus” stage.

The downsides of such approaches include increased operational cost and diminished performance compared with so-called standalone 5G, which operates independently from LTE networks. Standalone 5G requires considerable infrastructure buildout to enable the ultra-reliable low-latency communications the 5G standard promises and could take considerable time and investment to fully materialize.

In the world of IoT connectivity and the network edge, 5G NR deployments may be crucial in providing the high-bandwidth, low-latency communication to support data-intensive applications such as autonomous vehicle operations, video surveillance and optimizing citywide traffic flows, as well as enhanced mobile broadband. For other applications, it’s overkill.

MNOs such as AT&T and Verizon have deployed the millimeter-wave spectrum of 5G NR technology, which uses higher-frequency radio waves with a shorter range than previous generations of cellular wireless. That requires additional base stations to match the signal penetration of older technology. But building out the infrastructure to provide anything approximating universal coverage will take several years. Higher-frequency signals may be blocked by walls, trees and other obstacles, limiting their ability for use in factories and other dense settings.

Overpowered for Some Applications

For many applications, 5G NR technology is simply overpriced and unsuitable. Integrating a 5G modem with a low-cost (i.e., sub-$1) package tracking sensor, for example, would be a non-starter given cost and battery power demands.

“5G is not great for connecting sensors; it’s expensive, the modems aren’t available and there’s a tariffing issue,” said Lee Doyle, a principal analyst at Doyle Research. It’s more suitable for mobile applications, such as IoT devices in a police car, or perhaps as a wide area network (WAN) link for an IoT gateway or router that aggregates traffic from sensors connecting via Wi-Fi wireless local area networks (WLAN) or other short-range wireless options such as Bluetooth and Zigbee.

As enterprises migrate to the next-generation wireless standard, Wi-Fi 6, which is based on the IEEE 802.11ax standard, they’ll be able to exploit faster bandwidth and the ability to support additional devices with lower power-consumption demands. That will suit many devices that are fixed in place or with limited mobility within a fixed space.

For many organizations familiar with earlier Wi-Fi devices, this path offers independence from MNOs and sidesteps the complexity involved in deploying a private 5G network. Alternately, they can connect to software-defined WANs (SD-WANs) that take advantage of 5G and other WAN connectivity options. A Wi-Fi 6E standard extends WLAN applications into the 6 GHz wireless band with support for additional and wider channels suited for high-volume data applications such as video streaming from multiple devices.

While millimeter wave 5G NR is overpowered for many IoT applications, low-power WANs (LPWANs) can support a range of devices that generate low data traffic and have limited battery power. LPWAN technology is available in both the licensed spectrum of cellular-service MNOs, or unlicensed spectrum that enterprises can control themselves or through integrators.

Narrowband IoT (NB-IoT) is a 3GPP standard for licensed spectrum cellular LPWAN technology that doesn’t require data aggregation gateways, but it can allow devices such as sensors to communicate directly to a central server. NB-IoT can support a massive number of low-throughput devices with the ability to penetrate below ground and improved indoor coverage compared with 5G NR .

Another licensed spectrum cellular LPWAN option is LTE-M, that supports higher-bandwidth and mobile devices with lower latency than NB-IoT. Both were envisioned to enable organizations to exploit lower-cost data rates than 5G NR and can operate within 4G LTE carrier networks. Both fit within the 3GPP’s broader 5G specifications, as coexistent and evolving with 5G NR.

Organizations that don’t want to depend on MNOs can take advantage of unlicensed spectrum LPWAN options for greater customization and control over IoT wireless infrastructure. LoRaWAN is a long-range LPWAN specification developed and maintained by the LoRa Alliance; although based on an open standard, LoRa devices rely on Semtech chip technology. A more proprietary alternative is Sigfox, developed by a company of the same name, focused on low-cost, low-power connectivity over a dedicated global network.

Those four most prominent LPWAN technologies have done relatively well in the market today, but ultimately will clash over market share and technology capabilities, predicted Lee Ratliff, senior principal analyst for connectivity and IoT with IHS Markit. “There’s really not a lot of competition between those technologies because they’re all growing within their own little niche,” he said. “We do anticipate that they will become more competitive as the low-hanging fruit disappears.”

NB-IoT and LoRaWAN are probably most likely to go head-to-head, as they are pretty similar from a technology perspective, Ratliff said. He also pointed out that about half of LoRa technology is now being used in public networks.

“As these standards get more competitive, they tend to co-opt each other’s advantages and, so if LoRa becomes a big threat because of its ability to do private networks, then NB-IoT will most likely add the capability to do private networks,” Ratliff explained. Currently, Sigfox is the low-cost leader, he added, but LoRa and NB-IoT are likely to enjoy economies of scale that will make them more competitive in pricing.

Adding a new wrinkle to wireless WAN and wireless LAN decision making in the U.S. is the rollout of Citizens Broadband Radio Service (CBRS). Dubbed the “innovation band” by the Federal Communications Commission, CBRS opens up the possibility for MNOs, cable operators, venue owners and enterprises to expand existing wireless services or to deploy new options.

The FCC determined that the CBRS spectrum can be shared among three tiers of uses: incumbents with unfettered access, a new licensed tier with priority access and lower-priority unlicensed users. An auction scheduled for late July will allocate up to seven priority access licenses (PALs) in each county-based access area in the U.S., potentially leading to new types of services and providers.

With CBRS, MNOs could extend their public 4G and 5G services to connect with IoT networks, enterprises could replace or supplement Wi-Fi networks with private 4G and 5G networks, and various service providers could deliver last-mile services over CBRS.

“CBRS is technology-neutral so you can do whatever you want, even use proprietary technology,” said Monica Paolini, founder and president of analyst and consulting firm Senza Fili. In crowded metropolitan areas, some enterprises may want licensed CBRS to avoid being crowded out by unlicensed users, she said, but in areas where there is less likelihood of interference or competition for access with others, unlicensed usage may be more desirable.

IoT Connectivity Options Begin to March to the Same Drummer

Each of the technology options mentioned here are aimed at providing next-generation connectivity. To some degree they all fall within or complement the broader definition of 5G and each has attributes that may fit a particular application better than others. “The beauty of it is that you have the flexibility to choose what works for you,” Paolini advised. “Whatever you’re trying to do that needs wireless connectivity, there is a solution that is going to let you do it.”

See more from Pete Bartolik
Sign Up for the Newsletter
The latest IoT news, insights & real-life use cases...delivered to your inbox
Sign Up