Digital transformation strategies fail more often than they succeed. A Thyssenkrupp exec provides advice on how to increase the odds of triumph. 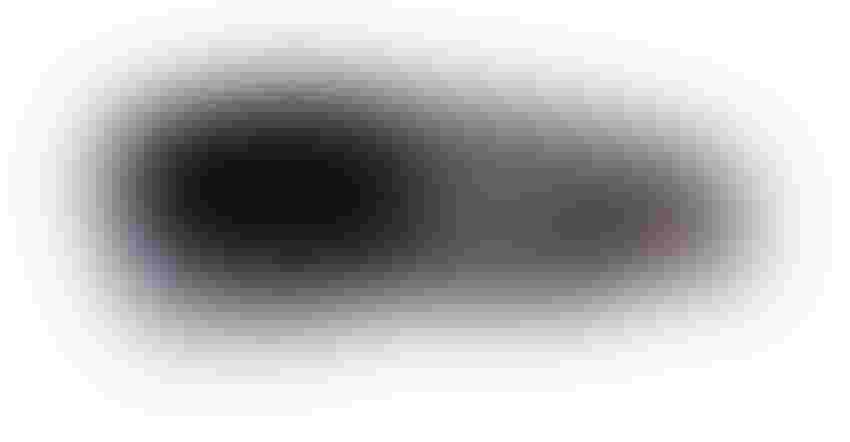 The German multinational firm Thyssenkrupp, like many other storied industrial firms, is undergoing a digital transformation. Formed from the amalgam of steel producers Thyssen AG and Krupp in 1999, the company now is most famous for its elevators. It makes an array of products, however, ranging from aerospace components to shock absorbers.

Daniel Kufer is in charge of helping coordinate a digital strategy across the company’s 42 business units. “It’s a super broad portfolio. But it’s all brought together by a shared mission,” said Kufer at Industrial IoT World. That mission is also embodied in the company’s motto, which is lowercased and punctuated with periods: “engineering. tomorrow. together.”

In terms of its digital transformation journey, the company has three broad initiatives focused on the company’s operations, product and service offerings, and business models.

“Now because we’re an engineering company, it’s very easy for us to get caught up in what I like to call the ‘technology trap,’” explained Kufer, whose title is director of strategy, markets and development at Thyssenkrupp North America. In essence, that pitfall is to leverage technology without a sound business rationale.

Conversely, a technology that shows promise in one segment of the business may be a good candidate for a substantially different use within Thyssenkrupp’s various business units. One example of that principle is the use of mixed reality technology for warehousing applications with Thyssenkrupp’s Bilstein automotive suspension business.

The company partnered with Microsoft on a mixed-reality Hololens application for elevator maintenance, among other areas. Supplying shock absorbers and other products for race car and consumer applications, Thyssenkrupp Bilstein’s managers saw an uptick in business in recent years. They also noticed consumers wanted to receive products quicker than ever before. With companies like Amazon and Walmart promising to ship an array of products within a day or two, consumers’ expectations have changed. And with almost full employment in the United States, finding warehouse workers to ship out products can be a challenge unto itself. “If you have a warehouse environment in your business, you may know it’s kind of a tough part of the business,” Kufer said. According to ARC Advisory Group research summarized on the website Logistics Viewpoints, half of warehouse job openings attract five applicants or fewer. Of those applicants, only half of the workers had relevant experience.

Warehousing is “one of the least sexy parts of the business,” Kufer said. “It’s very manual, and it’s extremely hard to drive significant efficiency gains.”

And yet, given consumer’s expectations for receiving products shortly after ordering, Kufer needed to come up with a way to ramp up its shipping operations without additional staff.

The first plan was to find an order-picker, and see how well that person performs with a HoloLens mixed reality headset. “The first guy who tried the HoloLens and the solution we developed was the best order picker in that warehouse,” Kufer said.

The pilot project yielded a 20% boost in efficiency in order processing. “For us, it was a massive breakthrough,” Kufer said. Thyssenkrupp’s management is usually content when a new technology ekes out a couple of percentage points boost in efficiency.

The second worker to demo the HoloLens technology for the Bilstein warehousing application was the company’s chief executive officer Patrick Bass (whom we interviewed in 2017). “We actually have my boss [who] doesn’t really work in a warehouse very often try on the headset,” Kufer said. After roughly 30 minutes of training with the headset, Bass was able to match the efficiency level of a worker with a couple of months of experience. “So what does that mean for us? Well, we can make our existing employees more efficient with technology,” Kufer said. “But also, when you get new hires, it’s going to be a lot faster for us to get them up to speed and get them on board.”

An increase in efficiency wasn’t the only benefit of the HoloLens in the trial. Quality improved as well, and there was a reduction in workers inadvertently shipping incorrect or damaged products.

Safety improved, as well. “We can route the order picker around potential hazards like forklifts,” Kufer said. “We can highlight that there is a forklift around the corner.”

While many pitches make digital transformation initiatives in an almost magical light, Kufer acknowledges the road to success with the project “wasn’t a very straight journey.”

One of the biggest hurdles was internal pushback from employees saying the technology was “too expensive” and “too radical.” For the HoloLens warehousing to be successful required a solid business case that could persuade both warehousing workers as well as management of its potential.

To that end, the company worked closely with Microsoft to develop the warehousing application for HoloLens. The software giant was willing “to roll up its sleeves and kind of jump in with us,” Kufer said. Having partnered with the company on HoloLens for five years, the company had a foundation for collaboration. “I think every project we’ve done, it became a lot easier to work together,” Kufer added. “And we’re now at a point where we can really push each other and really rely on each other, and I think it’s a mutually beneficial partnership.”

To get buy-in from warehouse workers, the company’s first approach was to invite two of its best order pickers to a two-day Microsoft brainstorming event, which Microsoft refers to as an “envisioning session” on its campus in Redmond, Washington. In the beginning, the warehousing workers were not convinced. But, in seeing what the HoloLens technology could do on the Microsoft campus, “they suddenly were very excited about it, and they had a lot of ideas of what we can do to make this better for them,” Kufer said. For instance, the workers wanted to have customized functionality to help with their specific workflow and needs. Listening to that feedback helped to get their support, as well as buy-in from other warehousing workers.

Another obstacle was getting support from managers who may not be convinced of the prospect of a widespread deployment of a headset that has a multi-thousand-dollar per-unit price tag.

To deal with that feedback, the company created a concept video to communicate the vision for the use case to help communicate the results of the successful proof of concept with other employees. Another strategy was to strategize how to use mixed-reality technology broadly across the value chain. The video “was a really powerful tool for us that was much more effective than a traditional business case,” Kufer said.

Summarizing his experience with the project, Kufer said: “Every journey has a starting point, for us, the starting point was very slow. It took us a long time to make progress with it.” But over time, the project snowballed thanks to its close working relationship with Microsoft.

It is vital to find “the right partners — somebody who is a good cultural fit,” Kufer concluded, speaking broadly. When working on a digital transformation initiative, “don’t do it in isolation,” he added. The feedback from working with the right partner will pay dividends down the road in terms of winning buy-in from workers who may not see the technology’s potential in the beginning. “There will always be naysayers,” Kufer said. But there are “a whole bunch of tools available to help [win them over].”