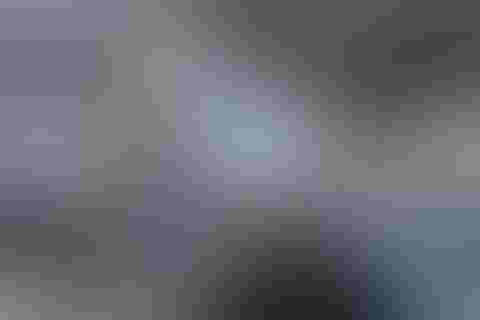 Pony.ai has become the first autonomous driving company to be awarded a taxi license in China, allowing its driverless cabs to start charging for rides.

The firm has obtained a permit to operate 100 autonomous vehicles as taxis in Nansha, a district in the city of Guangzhou, the capital of Guangdong Province.

The move follows last year’s award of a permit in Beijing which allowed the company’s robotaxis to charge fees there.

However, that permit is not the same as a full taxi license and Toyota-backed Pony.ai’s service in the Chinese capital is on a much smaller scale. In Nansha, it will operate over 308 square miles, with the company eyeing future expansion to other areas of Guangzhou.

Safety drivers will initially be retained in the Pony.ai taxis, although significantly the company claims it expects to remove them “over the short to intermediate time frame.” The service will operate during daytime hours and at nighttime, with fares based on Guangzhou’s standard taxi pricing, and rides hailed and paid for via the company’s PonyPilot+ app.

To qualify for the license, Pony.ai had to satisfy some stringent requirements, including at least 24 months of autonomous testing in China or other countries, at least 62,1371 miles completed and a minimum of 124,274 miles within a designated area in Guangzhou, all with no involvement in any active liability traffic accidents.

With its commercialized service in Beijing operating already and Nansha scheduled to start in May, Pony.ai is now turning its attention to Shanghai and Shenzhen, where it hopes to be able to start charging fares next year. The company currently has a presence in both and has also been testing in Fremont, California although it hit the headlines last year when it had its driverless testing permit suspended by the California Department of Motor Vehicles after one of its Hyundai Kona test cars was involved in a crash.

“Being China’s first autonomous vehicle company to receive a taxi license is a testament to Pony.ai’s technological strength and ability to operate robotaxi services.,” said James Peng, co-founder and CEO of Pony.ai. “We will expand the scale of our services, provide quality travel experiences to the public in Guangzhou, create an industry benchmark for robotaxi services and continue to lead the commercialization of robotaxis and robotrucks.”

The drive to offer robotaxis has seen a number of trials, tests and services emerge in China. SAIC and Momenta are testing in Shanghai, WeRide was operational at the recent Guangzhou Motor Show and only last week DeepRoute.AI revealed its plans for a fleet in Shenzhen.