The number of plug-in electric vehicles may surpass 100 million in the next decade—utilities’ grid operations may not be ready. 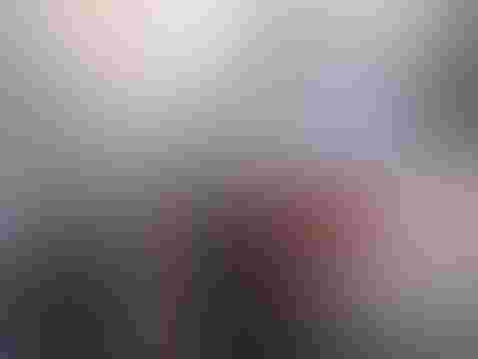 As climate change has become a universal concern, more drivers are shifting from gas-powered cars and trucks to plug-in electric vehicles. Just a few years ago, electric vehicles—EVs—were considered pricey curiosities driven by well-heeled environmentalists. Today, driving an EV is far less about cachet and more about reducing reliance on fossil fuels.

Electric utilities and other energy producers are keenly aware of the growing interests of a more ecologically minded public. The proliferation of EVs will undoubtedly put new demands on current grid infrastructure and operations.

“EV charging will affect the grid, and there are also a lot of different ways it could go, depending on how we roll it out,” said Emma Rieves, analyst with E Source, an energy research and consulting firm headquartered in Boulder, Colorado.

There are more than 68,000 EV charging stations in the U.S. today, according to the U.S. Department of Energy. Those stations need to deliver enough power to keep the 3 million or so EVs running in the U.S.—the Department of Energy estimates that an electric vehicle needs at least 25 kWh for each 100 miles traveled. To put that into perspective, consider that an average U.S. home consumes just over 30 kWh per day.

Estimates place the number of electric vehicles worldwide at just a shade below 6 million. Growth estimates are staggering—the International Energy Agency (IEA) predicts that by 2030 there will be 125 million EVs tooling around the world’s highways and byways. Just looking at the U.S., a report from BloombergNEF, Electric Vehicle Outlook 2019. suggests that 28 million electric vehicles will be sold domestically in 2030, with growth pegged at 56 million by 2040.

Those projections aren’t just guesstimates—clearly, the way people in the U.S. and around the world view electric vehicles has evolved rapidly. In a 2019 survey fielded by West Monroe Partners, a consultancy with headquarters in Chicago, 18% of the 2,000 poll participants said it was extremely likely that their next car would be an EV while 41% said their switch from gas to electric was somewhat likely. The same survey found that 16% of respondents had already purchased electric vehicles—and those EV drivers rated their satisfaction at an average of “eight” on a scale of one to 10.

Various calculations can be used to determine how much less it costs to power an EV, but a safe assumption is at least half that to rev up and ride in a gas-powered vehicle. That alone is motivation enough for many consumers, but factor in the falling prices of EVs, the variety of models available, significantly increased cruising ranges and the increasing number of highly visible charging stations, and these combined factors equal a perfect storm of EV adoption.

The Energy IoT Gets Ready for EVs

The consensus among energy experts, is that the current energy grid infrastructure is up to the task of handling the additional load EV users place on resources today. That’s not just true for the U.S., but for many other countries as well. Adam Pigott, an engineering manager for World Kinect Energy Services, who is based in the U.K., noted that “the additional load being placed on the electricity system at this time by EVs is negligible in overall terms.”

Pigott explained that the U.K. grid was planned around projections based on usage patterns a decade or so ago—analogous to the situation in the U.S. The anticipated growth in demand hasn’t fully materialized. “LED lighting, flat-screen TVs, more efficient appliances, less use of electricity for space and hot water heating have all reduced the electricity demand,” he said, resulting in excess capacity in most geographies that can meet EV needs.

“We have a system that was planned and set up to be efficient and right-sized for what was envisioned when those facilities were installed,” said Joey Nichols, utility consulting manager for 1898 & Co., part of Burns & McDonnell.

But it might be a delicate balance that could be tipped as the numbers of EVs on the road grow considerably over the next few years. If demand gobbles up the surplus power currently available, utilities might be hard-pressed to meet new requirements. The number crunching and planning that happened a decade or two ago might prove to be inadequate. “If you introduce something like electric vehicles,” said Nichols, “you’ve blown up those calculations.”

“If every person on a street in a neighborhood adopts an EV, then the reality is the local grid probably can’t support that today as configured,” said Travis Bouslog, strategy and innovation manager at 1898 & Co.

“We found that utilities felt that they were well prepared to manage the distributed energy resources on the grid—up to a certain point,” said Paul DeCotis, senior director, head east coast energy & utilities practice for West Monroe Partners, citing a report prepared by the firm. He noted that EVs aren’t the only stress on utilities resources. “You’ll get to a tipping point where the grid edge technologies continue to proliferate, and it becomes more difficult for the utility to manage the grid.”

A complicating factor is the growth of renewable energy resources which have already taxed grid infrastructure and forced changes in how power flow is managed across those Internet of Things environments. Like EVs, renewable power is still nascent, but increasing quickly. While more power produced from renewables seems like a perfect fit for increased demand caused by EVs, it could be a case of trying to zero in on two moving targets.

“One of the really big challenges you’re seeing right now with utilities is that they have these load forecasts for electric vehicles but at the same time they’re also predicting much greater adoption of renewable energy,” said Essie Snell, senior manager, customer energy solutions at E Source, “so one of the challenges moving forward is you’ve got a fluctuating supply with renewables and then you’ve got these really peaky demands from electric vehicles and other uses, so how do you manage those together?”

The amount of electric power EVs need may not be the biggest issue facing utilities as they assess grids’ readiness to handle new demands. With demand, it’s really a question of timing. Traditionally, one of the biggest hurdles utilities face in their planning is how to accommodate peak demand periods without overproducing during the lulls. In most areas, the heaviest electrical demand occurs during the after-work and early evening hours when families return home and flip on appliances and TVs, and in the warm months, turn on air conditioners. At this point, EVs are adding only to that peak period as the natural tendency is to plug in after returning home from work. If EV growth estimates are on target, that peak period could be crippling for some utilities.

The trick, then, is to change consumers’ habits to effectively spread out the load and flatten some of those peaks. Some utilities already do this by upping their rates for certain periods such as 5-8 pm, but stronger measures will likely be required.

One of the most popular notions to address this issue is smart charging, a technique where utilities, through their control of their grid delivery systems, can throttle the amount of juice flowing to particular devices such as EVs based on supply, time of day or other factors. This could help energy producers avoid building out grid infrastructure to some degree.

“Smart charging also called managed charging is the ability to optimize EV charging based on either grid level and customer preferences, and this is done in real time,” said E Source’s Rieves. “Smart charging is a really important tool that we could use to prevent EVs from requiring as much additional infrastructure.”

While managed charging might mitigate extensive grid expansions, it means that those grids will need new software that offers the specific two-way communications and operations to make smart charging work. “Utilities are going to have to ‘cooptimize’ demand and supply systems,” noted DeCotis, “meaning that they would require a distribution energy resource management system to manage and even perhaps to control the resources on the grid.”

The good news is that the software might be ready, if not already implemented in most energy grids. “Software that’s available today,” said 1898 & Co.’s Bouslog, “there are a lot of demand response solutions out there that work well that can help manage load on the grid.”

EVs Give Back to the Grid

Another intriguing development related to EVs and their potential effect on the IoT operations of utilities is the concept of vehicle to grid—or V2G—which would allow electrified vehicles to pump electricity stored in their batteries back onto the grid and to the utilities. The process is very much like the buyback schemes in place today in many areas where consumers with solar installations can sell any excess energy back to the utility.

What makes V2G different, however, is that because the power that EVs may be able to send to a utility is stored in batteries, it may be possible for utilities to buy back that electricity at specific times of need.

“V2G is something that we’ve been following for six or seven years,” said E Source’s Snell. “There’s been a lot of work on it, but nothing has ever really become finalized enough to be market-ready.”

V2G is a case where the required technology may need to catch up with the concept to make it work. As DeCotis noted, “The vehicle is going to need a two-way inverter and I’m not aware at this point of the vehicle infrastructure having two-way inverters.”

As energy producers build out their grids and accompanying control software another potential stumbling block may develop. The number of charging stations will need to increase substantially to support the growing number of EVs on the road. Ownership of those stations will be a mix of third-party outfits, retail outlets, utilities and potentially many others.

Interoperability is likely to become an issue as utilities will have to integrate their grid delivery systems into a number of different charging station environments. Today, there are few standards for such integration, so much work is yet to be done to ensure that the seams in the grids’ operations are transparent to consumers.

More Power Will Be Needed

As promising as the power picture may look now, eventually, as the number of EVs approaches the hundreds of millions, more sources of electrical energy will need to be brought online.

“In the near term it’s likely going to be met from existing generation which is underused,” noted DeCotis. “But when you get to the point where you’re straining the ability of existing generation to meet loads, you’ve got to start looking at new resources.” 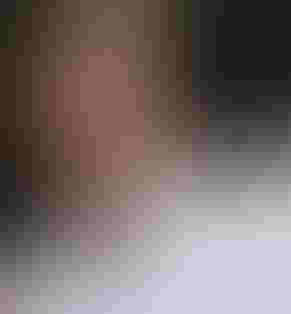 Rich Castagna is a freelance writer and editor. He has been a tech journalist for 30 years, covering topics ranging from desktop apps to small business computing to enterprise IT. Rich was vice president of editorial at TechTarget, overseeing an editorial staff of 110 writers and editors; before that he headed up TechTarget’s storage coverage both online and in print. Rich also covered tech for CNet, UBM/CMP and Ziff-Davis publications. He’s also a produced playwright, with two New York Off-Broadway productions of his work.

See more from Rich Castagna
Sign Up for the Newsletter
The latest IoT news, insights & real-life use cases...delivered to your inbox
Sign Up