We gather a virtual panel of security professionals to provide an analysis of what happened last Friday, and what is in store for the future. 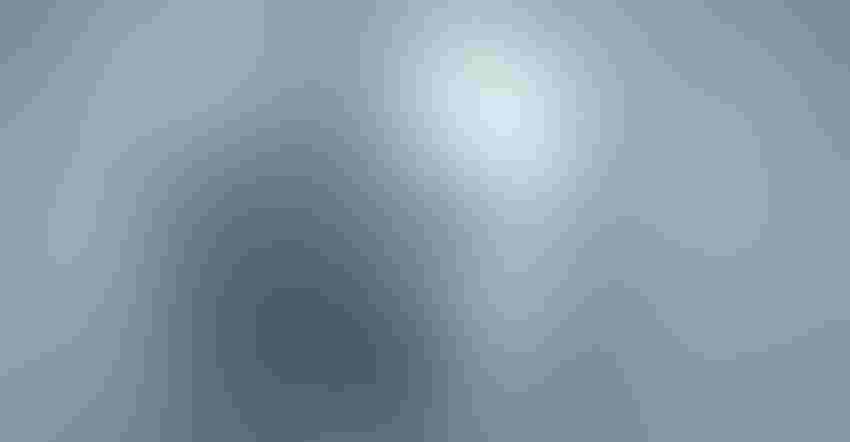 Despite all of buzz about IoT security over the past couple of years, last Friday’s Mirai botnet still seemed surprising. Now, the consensus from many in the security industry is that the state of IoT security is likely to get worse before it improves. Now, the security firm Corero has discovered a new DDoS attack that could potentially make botnets like Mirai 55 times more powerful.

In the following Q&A, we ask five cybersecurity experts to share their perspective on the Mirai botnet and to provide advice on how to avoid future DDoS attacks.

How did it happen that a botnet seemingly wiped out half the Internet last Friday? 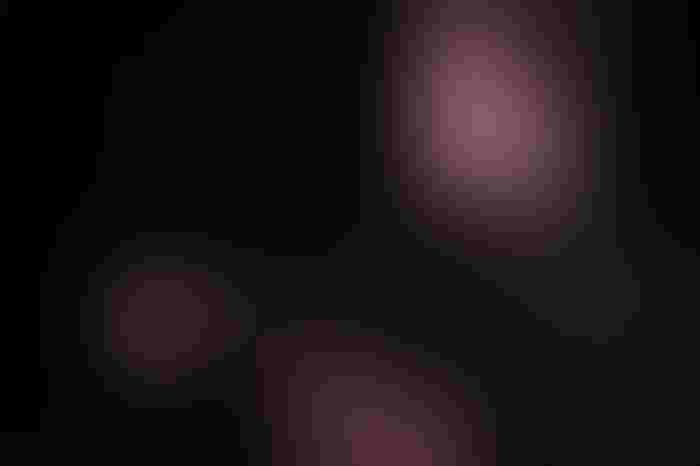 Pablos Holman, security expert and inventor at the Intellectual Ventures Lab: Hackers don’t usually have a plan. It was probably some sociopathic anarchic kids who figured this out and thought it was be funny. It’s not cyberwarfare or anything. They saw this vulnerability with the default passwords on these IoT devices, which is basically like a backdoor. For some of these IoT devices, that password can’t be changed — even by the user. You have no hope of securing some of these things. They found a couple of hundred thousand webcams where they could get in with a default password. Once they were in, they could load their code on it to make it into a zombie on their botnet.

You could think of a DDoS attack like a posting on Craigslist that says anybody who shows up at this particular 7 Eleven at 5:15 PM is going to get $100 for free. All of the sudden, you have two thousand people show up, and you won’t be able to functionally buy Oreos anymore. In this case, the same thing happens online but with IoT devices. And since some kids control hundreds of thousands of machines from all over the world, they can say: ‘Okay. All you guys go aim yourselves at Brian Krebs’ website’ or at Dyn.

These are the key things going on:
1. Webcams have been the primary zombies in the botnet
2. The botnet put out a terabit of spurious information per second.
3. Akamai is a giant content network with a massive amount of internet they sell DDoS protection and they offered to host Brian Krebs’ website before it got attacked in September. Who could put out more traffic than they could handle? Unsecured IoT devices. That is what going on. It comes down to the fact that those things cannot be updated. 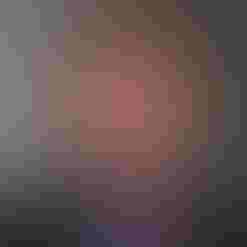 Could you provide some quick tips on how to avoid having their devices used in a botnet?

Todd Inskeep, RSA Conference Advisory Board Member: Change the default passwords on anything you connect to your home network. Use something long that you write down near your computers.

Mordechai Guri, Chief Science Officer at Morphisec: There is not much consumers can do to avoid having their devices attacked.

How might these types of attacks affect the entire IoT industry? 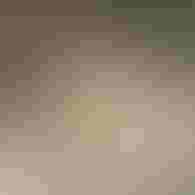 Guri: DDoS attacks are not the most harmful type of attacks involving IoT devices, but they raise the need for security mechanisms for the IoT industry, from the smallest home sensor to big industrial IoT devices.

Inskeep: Attackers are not going after the common laptops or home computers like we’ve seen in previous DDoS. Botnets of things are hitting devices like remote cameras, baby monitors, all kinds of things connected to Wi-Fi at home. You’re seeing these devices with protocols they don’t need, and with default passwords that sometimes can’t be changed. Additionally, we think of these devices as having one specific purpose, but they have other capabilities built in just because it was easy. Those capabilities make it vulnerable or could make it a target for an attack at a later date.

What strikes you as most unique about last Friday’s attack? 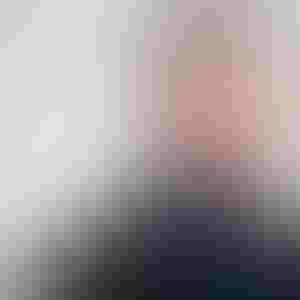 Chase Cunningham, PhD, A10 Networks’ director of cyber operations: It was interesting to see them go upstream and go after a DNS provider.

Guri: We are facing an interesting shift in the cybersecurity arena. Just think about the impact of DDoSing anti-virus or security cloud services.

One of the unique aspects of this type of attack is that it’s almost impossible to block it by conventional IP blacklisting approach. The attack can randomize the origin IP address, which can turn a single device into multiple attack machines.

Inskeep: Now that this methodology has been demonstrated to work, how many other groups or individuals are going to demonstrate these kind of attacks against other targets? We see this over and over again. Someone demonstrates a unique attack methodology and others replicate it. People are looking for a playbook by which they can launch a successful attack and start to replicate it on different targets with various levels of expertise. In this attack, it was not an individual company or person who was targeted, but rather an infrastructure. The impact of this DDoS attack was across a whole range of organizations, not just a single company. What an attack against an infrastructure shows is a level of scope and scale we previously have not seen. 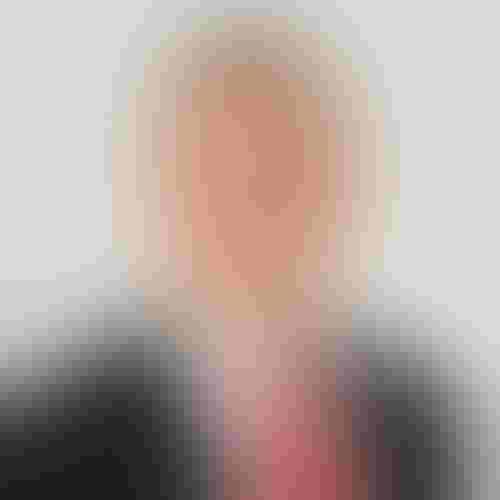 Some of the people that install camera systems may not have the tech savviness to know how often passwords need to be changed. And if it is not part of a process that is defined, they could very easily not do it. A procedure needs to be in place. Anybody who thinks: ‘I need to get this camera up and running quickly,’ could face problems. Implementing security often makes it harder for people to do their jobs. It may take an extra 10 or 15 minutes to install a camera. But the people installing it may not face repercussions of a sloppy deployment.

It is these types of sloppy deployments that continue to be a problem. Until there is some repercussion, people aren’t going to take it seriously for equipment that is currently employed.

We are also running into problems with legacy devices. If you were going to buy a new router today, the default password could be unique code printed on the router itself. That is the type of strategy to take. You don’t ship the same default password shared by every piece of equipment.

Is is unusual for the source code for attacks like Mirai to be freely available?

Cunningham: That is one of the most interesting things about this. They let the genie out of the bottle. They can’t put it back in there now. You don’t typically see someone who has something possibly as powerful as this is release the source code unless they are freaked out about getting in trouble for it. It is a way to cover your tracks.

Guri: This by itself is not an issue. The source of Mirai probably would be reverse engineered and published sooner or later. Sometimes, malware authors prefer to publish the code in the first place instead of having someone else take the credit.

Inskeep: Making it open source does two things: It lets someone show off how smart they are, and it makes law enforcement chase after a lot more people who might be using the code. It lets you hide a little bit, but the original coder(s) probably left tracks that can be tied to other code they’ve written or used elsewhere. There’s other open-source malware and cheap kits out there.

Do you think this attack will be a wakeup call?

Pore: I think it is a wakeup call, but I think there is very little that can be done about it immediately.

Cunningham: I hope it is a wakeup call. But typically people freak out about it [for a while] and then move on to the next issue so it stays where it is. I am sure we will see more of these attacks in the near future. I am interested to see what happens with the election coming up. I think we are probably due to see some pretty big DDoS events specific to the election.

How can such attacks be prevented?

Cunningham: Number one, realize that everybody is in the same threat scope. If you are reliant on a single DNS provider, with no backup that you can readily pivot to, you are facing a whole lot of trouble. Dyn did everything right. They worked hard to get service back up, but for the duration of the attack, they needed a backup DNS provider.

Holman: One of the primary ways we solve computer vulnerabilities is with system updates. You patch them, and you are good until somebody finds a new vulnerability. This is especially for things on the Capital I Internet. Things that are addressable. Your computer is on an Internal network. You can talk to the Internet but the Internet can’t talk to you. So you are less vulnerable. But things that are addressable are getting attacked all of the time. If you put up a web server, immediately you will be attacked once every couple of seconds. There are automated hacking programs out there looking for vulnerable targets.

How do you see IoT security playing out in the near term?

Cunningham: I am sure we will see more of these attacks in the near future. I am interested to see what happens with the election coming up. I think we are probably due to see some big DDoS events specific to the election.

Holman: It looks big and scary, but it is going to be fine. It sucks if you become part of a DDoS attack. The hackers got some bigger targets than have been hit historically. You could call that economic warfare—especially if it was deliberate but you know if you kick back and look at it for a minute: what’s the net effect for society if Netflix goes down for a couple of hours?

A good model is a biological system. Your body is 99% error correction. Everything is going wrong all the time, but it mostly works.

With computers, we keep trying to engineer these perfect systems and, historically, we have never succeeded. In the future, we are going to spend more on error detection.