When deploying an Internet of Things project, “nothing matters unless you solve a problem,” says Synchronoss CEO and IoT veteran Glenn Lurie. 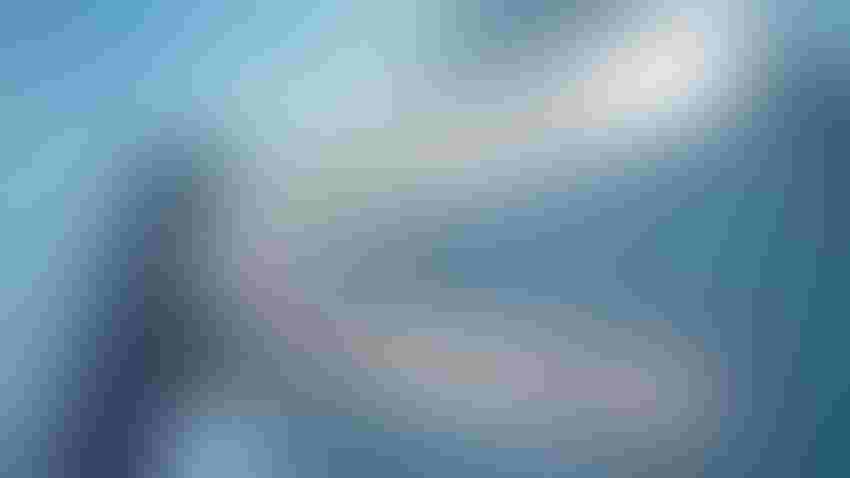 In the beginning, conversations related to the Internet of Things tended to be big on vision and short on detail. And while that is often still the case, the messaging around the Internet of Things is beginning to change, according to Synchronoss Technologies CEO Glenn Lurie, who began closely following the technology trend roughly a decade ago while serving as the president of AT&T’s emerging devices organization. While the “Internet of Things” first referred to a broad technological concept that expanded the scope of the M2M trend that preceded it, the IoT market is gradually becoming more nuanced and detail oriented. In the early days, technologists largely viewed IoT as a market opportunity — the application of the internet to the physical world. “If you take out smartphones, tablets and computers, everything else [that is connected] is the Internet of Things,” Lurie said. “The initial focus was on connecting devices and making them smart.” Despite gradual maturation of the market, that broad vision often persists — even in vertical-based application areas. Take “smart cities” as one example, a term that has no universally-agreed-upon definition. Saying you want to make a city smarter is a bit like saying you want to make the better place. It’s nebulous.

But now, the focus is shifting more toward concrete use cases, Lurie said. “It’s intelligent devices working together to actually solve problems,” he explained. If you want to make a city smart, it is helpful to have a defined strategy for optimizing energy use of prominent buildings, a plan for how to deploy vehicle-to-vehicle or vehicle-to-infrastructure, an initiative for smart grids and so forth. “It’s got to get down a layer or two so it’s more specific and tangible that you’re actually solving problems,” Lurie said.

And a few years from now, Lurie expects the IoT market to shift from targeted problem-solving toward integration of multiple IoT technologies with unique focuses. The more connected devices there are, the more room there is for data overload and multiple siloed IoT technologies. So the question becomes: “How do you have a single connected life experience as a consumer or as an individual or as a business?” Lurie said. ”But today we need to build those individual use cases first to solve problems and then bring it together down the line.” An example might be connected cars that can communicate with a city’s traffic infrastructure to help streamline traffic and with each other to help avoid collisions. “I know, it’s very simplistic, but just to make my point, you have that car talking to an ecosystem inside of a smart city. Those connected devices are intelligent enough to talk to each other in an ecosystem.”

In a related vein, the concept of a “smart home” or “smart building” should not be an end to itself. Those concepts should connect back to their broader environment. “Having a wide area wireless network for a toaster or a refrigerator seems silly when they don’t leave your house. You can connect those through Wi-Fi or through multiple different types of two-way protocols but the real key is: Does your house connect to the city and that broader ecosystem in a way that makes things better? Really, nothing to me matters unless you solve a problem.”

While conversations around the Internet of Things are beginning to progressively coalesce around verticals, such as “smart cities,” “industrial,” “medical technology” and so forth, each of those domains is still exceptionally broad. “Industrial IoT is basically every kind of IoT solution for all industry,” Lurie said.

To further spur adoption of the Internet of Things will require a higher resolution view than that — focusing on optimizing specific environments — traffic corridors, factories, hospitals and so forth in defined ways. “I do believe that each vertical will get more specific and solutions will be built by vertical, which again will morph into what might be part of a connected company, a connected city, etc.,” Lurie said. “But [the conversation] definitely needs to come down a few layers so we can start to truly solve problems.”

And while the IoT market is in the process of focusing on more detailed use cases, it will also begin focusing on clearer ecosystems of multiple “things.”

When asked about how this trend toward integration will affect the IoT platform market, which consists of hundreds of options, Lurie doesn’t anticipate a mass consolidation. “I don’t believe you’re going to see one OS or one platform that runs the world,” Lurie said. The field is simply too competitive to allow that. At some point, however, the market will become more focused on aggregation, he predicted. Gartner expects the IoT platform market to reach maturity in anywhere from five to 10 years.

The focus of the Internet of Things will increasingly be “the umbrella layer above all these IoT devices and solutions that allow you to not only get that data from those solutions into one place but to actually use the data,” he said. Once this level of data integration becomes possible, it will drive data analytics and machine learning. The IoT platform market is unlikely to follow a similar pathway as the search engine market, which coalesced around one platform. It is also unlikely to end up with two dominant players — as is often the case in tech. Examples include personal operating systems (Windows vs. Mac OS), video game consoles (Xbox vs. PlayStation) or mobile operating systems (Android vs. iOS). But while the IoT platform market is likely to consolidate eventually, it is unlikely to do so to such an extent given the diversity of problems the IoT market addresses, Lurie said. “We’ll be lucky if there are 10 [IoT platforms].”