Industrial augmented reality is picking up steam during the pandemic. 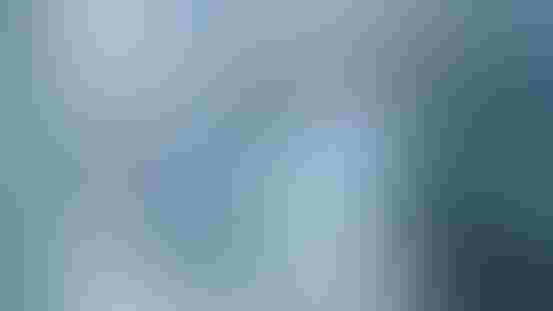 Interest in industrial augmented reality is surging in 2020, potentially paving the way to broader mainstream use of the technology.

It wasn’t long ago, however, that the use of augmented reality (AR) in industrial environments seemed like little more than a trade show curiosity. The technology, which overlays computer-generated graphics on top of a user’s view, had potential for training or remotely assisting workers in plants and factories. But similar to virtual reality (VR), user acceptance and hardware capability were challenges.

While the concept of using the technology in industrial settings dates back to the 1990s, adoption of industrial augmented reality was limited. “Lots of companies have played with AR and VR,” said Alex West, senior principal analyst in Omdia’s Industrial IoT segment. “But in many cases, it was trialing. It wasn’t mass-deployed.”

Some of the most famous augmented reality applications come via the consumer sector. Pokémon GO and Snapchat lenses have won widespread followings in recent years. But the technology has seen significant failures as well. Google Glass, consumer-focused AR-enabled smart glasses, flopped in 2014, leading the company to focus on the technology’s enterprise and medical applications. Magic Leap, an AR startup that raised $2.6 billion in capital, has seen its valuation plunge 93% from $6.4 billion in 2019 to $450 million in June 2020, according to the Information. And industrial-focused AR company Daqri reportedly went out of business last year.

In the industrial realm, augmented reality’s entertainment links were a hurdle. A few years ago, industrial AR still seemed like a gaming technology, said Andrew Ellis, director of global information software technical consultants at Rockwell Automation. “You looked at it and thought: ‘This looks pretty cool as part of the Industry 4.0 technologies, but who is really going to use this?’” he said.

“I think that AR technologies are still effectively in their infancy,” said Randall Kerr, senior strategic account manager at Digi International. “Still, there’s no question that the capabilities of augmented reality are vastly greater than they were just a few years ago.”

This increase in capabilities has in recent years fueled new interest in augmented reality for industrial applications, according to analysis from ARC Advisory Group. In particular, industrial augmented reality has found growing traction with the surge of remote work. “There’s a lot of opportunities to do training using [AR and VR] technology where people don’t have to be in the physical facility,” said Richard Howells, vice president, solution management for digital supply chain at SAP.

Despite initial skepticism, a growing number of industry professionals are realizing AR’s potential, Ellis said. “I now position augmented reality data historians 25 or 30 years ago,” he said. (Data historians, which store operational data in a time-series database, have become commonplace and a foundation for many IoT analytics projects.) When it comes to augmented reality today, there are parallels from early historian adoption, Ellis added. “There is a fair amount of education required for users [concerning AR], and there has to be a clear path to value.”

According to IDC, global spending on AR and VR technology is expected to increase by 78.5% in 2021. ARC Advisory Group has expected industrial AR to grow at a 20% compound annual growth rate. COVID-19 has ramped up interest in augmented reality, Ellis said. “AR is part of the discussion with almost every customer.”

Overcoming Cost Questions and Other Challenges

While the concepts of virtual and augmented reality have decades of history, mainstream adoption has been elusive. Smartphones and tablets support AR functionality but offer a less-immersive user experience.

Until recently, augmented reality headsets were either bulky or had limited computing capabilities and battery life. Most cost thousands of dollars. Comfort is another consideration, West said. “I’ve used a couple of [headsets], and I would not be able to use them for an extended period,” he said.

But hardware is steadily advancing, as is the ergonomic fit of recent hardware. And end users have a growing variety of AR hardware.

Some industrial-focused AR hardware supports use in hazardous environments. The HMT-1 headset from RealWear, for instance, complies with Class I, Division 1 electrical requirements designed for environments where explosions are a risk.

Prominent AR headsets remain expensive, however. The RealWear HMT-1 costs $2,520, while the Microsoft Hololens 2 is $3,500 (a price tag that can approach $5,000 when developer licensing is added).

“When you look at supporting 10,000 or 12,000 field people across the industrial businesses and then supporting organizations, the numbers get pretty high pretty quickly,” said Kevin Doyle, vice president, commercial digital solutions at Ecolab.

The development and integration work many industrial AR applications require can be a significant hurdle as well. “There really aren’t any ‘click-fit’ types of implementations at this point,” Kerr said.

But in many cases, those costs can be justified given the use of AR for remote support and service, Doyle said. Traveling field service technicians have traditionally racked up considerable costs. But given worker restrictions within many plants in light of COVID-19, companies like Ecolab are presenting augmented reality as a means of saving money. “We started out hearing customers say, ‘Man, that’s super expensive,’” Doyle said. “Now we are hearing, ‘Wow, after a month’s worth of travel, you basically paid for it already.’”

For Ecolab, which specializes in water, hygiene and infection prevention technologies, travel had been a vital part of its operating model. In the past, the company had more than 30,000 workers who traditionally entered industrial facilities (ranging from refineries to pharmaceutical and food-and-beverage plants) to service equipment and identify operational savings. “COVID-19 has really exacerbated our need to provide consultative service,” Doyle said.

Having experimented in the past with augmented reality for training and marketing applications, Ecolab turned to augmented reality technology to provide remote support to clients in the middle of a pandemic. “It’s allowed us to get our experts around the world to share their knowledge [with customers] without having to get on a plane to do it,” Doyle said.

A large brewer, for instance, recently experienced significant water loss. “They had some sort of leak in a valve, but they were having trouble isolating where this leak was happening,” said Phil Stein, vice president, commercial digital solutions at Ecolab. In the past, Ecolab would have flown an employee to the brewery to troubleshoot. But using augmented reality, an employee was able to communicate with an account manager to “visually walk through a plant line and figure out where this water leak was coming from,” Stein said. Collaborating via augmented reality, the companies identified two valve leaks.

While augmented reality technology is beginning to prove its value for remote service, the technology is still expensive for some customers. In cases where dedicated AR headsets are cost-prohibitive, organizations that don’t require hands-free functionality can consider smartphone- or tablet-based AR.

AR technology can help some organizations protect workers from COVID-19, but safety could be a short-term hurdle. “Imagine a line worker 50 feet in the air doing maintenance on the power grid. That person needs to be focused on hanging on,” Kerr said. Wielding AR technology in such a case would be a big request.

In the long run, though, the use of industrial AI is set to expand as vendors and their customers continue to develop custom applications for the technology. “The problems we see with AR now will be worked out,” Kerr said. “It’s just a question of when, and which players will ultimately still be standing.”