AI, IoT, and other technologies could vastly improve the precision of healthcare and might just save the U.S. economy in the process. 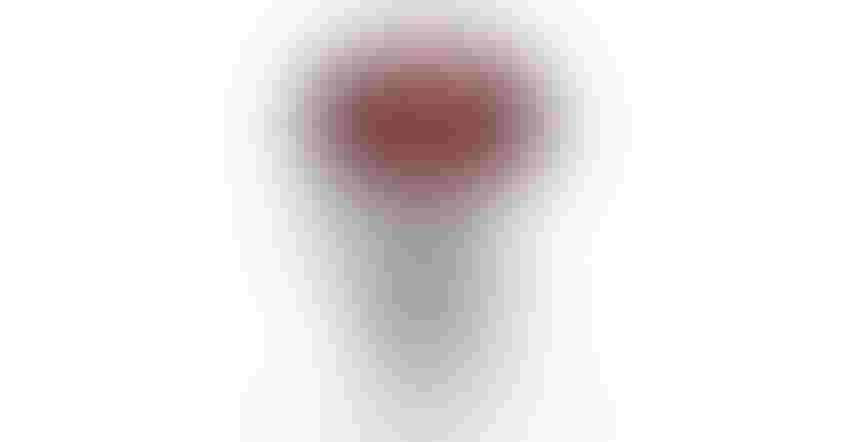 Imagine you just got a cancer diagnosis. You speak with four highly-regarded physicians and get four conflicting recommendations: chemo, radiation therapy, surgery, and one opinion that recommends a combination of allopathic and complementary medicine. “It would be confusing and hard to make a choice because faced with a cancer diagnosis, if you choose the wrong treatment, you might die. It’s scary,” says Tamara McCleary, the CEO of Thulium.co and futurist who began her career as a registered nurse.

“When you and I get sick, we rely rely on doctor's memory, their education, their personal biases and their emotional state. We are even relying on whether they got enough sleep last night,” McCleary says. “There are all these human variables that can cause any of us to not be top of our game at any point in time—night or day. It is not a criticism. We are human. Human beings make errors.”

Now, picture a world in which doctors are trained in data science. Armed with machine learning, big data, and artificial intelligence, they can consider clinical research from across the globe, weighing the latest research and clinical data in each decision they make. Physicians could consider the likelihood that every possible treatment modality would work for each individual. And they can use technology to base each medical decision on the latest research data available, a patient’s genomics, lab results, and clinical history.

Machines could also weed out ineffective but expensive treatments and help detect the earliest signs of disease. “We can head off problems if we can intervene earlier,” McCleary says. “We know that early intervention is the key to staying healthy, as well as, the key to saving healthcare dollars.”

The IoT Emerge conference will feature a keynote by Tamara McCleary. For a 20% discount, use the code: IOTINFORMEREXPO.

Saving money is crucial. In the United States, medical bills are one of the most common causes of bankruptcies.

“I think that the healthcare industry is primed to be disrupted,” McCleary says. “We are still functioning in an outdated model. Whether the institution of healthcare wants to change or not, it’s buckling under the weight of the financial crisis of rising healthcare costs, and an aging baby boomer population. Technology that can save lives and dollars is the catalyst for disruption in the healthcare sector.”

There are already a number of companies launching artificial intelligence technology in healthcare, ranging from IBM, with its Watson technology, to startups like Enlitic, Wellframe, Ginger.io, MedAware, and Lumiata.

The potential for AI and IoT for the elderly is staggering. The number of Americans that are 65 or older will increase from 35 million in 2000 to 73 million by 2030, predicts the U.S. Census Bureau.

The aging population in the U.S. may already be behind the nation’s stubbornly slow economic growth, argues a team of researchers—Etienne Gagnon, Benjamin Johannsen, and David Lopez-Salido—in a recent paper for the Federal Reserve.

Complicating matters, caring for the elderly can be notoriously expensive as well. A private nursing home room can cost anywhere from $55,000 to $255,000 annually, according to government data. Healthcare spending at large is also a drag on the U.S. economy. In 2014, the country spent 17.5% of its GDP on healthcare expenditures. That works out to nearly $10,000 per person. Meanwhile, outcomes in the United States lag behind most other industrialized nations.

The majority of boomers would prefer to stay in their homes as they age rather than move into a facility. Yet many people—elderly and otherwise—struggle to take their medication as prescribed. U.S. doctors prescribe roughly 3.8 billion drugs annually—half of which are taken incorrectly or are not taken at all. Among the elderly, this noncompliance is the most common reason for admittance to nursing homes.

“Imagine the freedom and independence that personal robots could offer the elderly. Medication and safety problems are the most prominent reasons aging persons are displaced from their homes and placed in care facilities. A personal AI could offer reminders to take medication and even dispense the correct meds,” McCleary says. “Take it a step further with IoT, we have the technology currently where pills have tiny sensors. As the medication is digesting in the patient, it allows family members and physicians to know that the patient took their medication. It’s even time stamped. If they didn’t take it, or took the wrong dosage, an alert would be sent.”

These technologies hold promise for everyone but especially for the elderly and those with chronic disease.

McCleary thinks healthcare need machines to manage the details of caregiving, collecting and reporting important health-related data. Technology can also support patient compliance, provide predictive analytics to keep patients healthier while reducing rising healthcare costs. “Machines will free-up providers to do what they do best,” she says. “Doctors and nurses are critical for preserving the human touch in medicine through a personalized approach to care. When we’re sick, scared, and suffering we need a human being to talk to. Machines free-up doctors and nurses from the things they don’t need to be occupied with, and instead focus on the most important thing of all—human-to-human relationships between care provider and patient.”

In the end, healthcare, too, is all about relationships. The complex web of relationships spans public and private payers, industry, clinicians, patients, and more. This complexity will likely prohibit healthcare from having a singular 'Uber moment.' But change is coming nonetheless. And each of us can play a role in making it happen.