For AI, IoT and other technologies to deliver on their promises, they must not only lead to better diagnoses but also healthier human behavior. 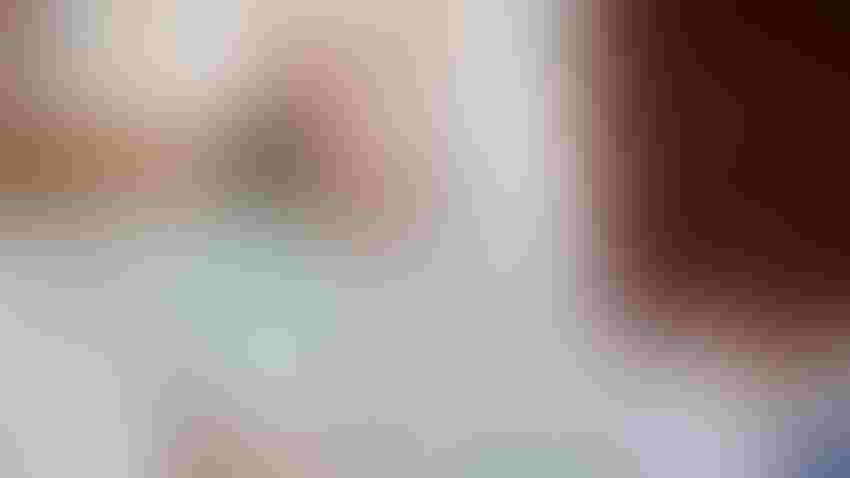 In hindsight, it should have been easy to spot the misleading promises of digital health from nearly a decade ago. To be sure, the broad concept offers enormous potential to make health care more focused on reinforcing health than diagnosing and treating the sick. Digital health, the blanket term for devices ranging from wearables to connected medical devices to genomics and beyond, gives consumers new tools for taking their health in their own hands. It’s clear the proliferation of wearable devices such as the Fitbit and the integration of similar functionality into smartphones and smartwatches has had some influence on the public’s activity levels. To date, however, that impact is difficult to quantify and the prospect of algorithms replacing much of what doctors currently do continues to feel far from reality.

The admittedly controversial concept of algorithms, in some respects, trumping doctors had a degree of plausibility when the famed venture capitalist Vinod Khosla publicized it in a 2012 TechCrunch article. Algorithms are growing ever more important in health care, and that doctor’s diagnoses were always rooted in substantial scientific data.

Adding fuel to the fire around that time was IBM’s public announcement that it would unleash its “Jeopardy!”-winning Watson system in health care as a clinical decision support tool. While IBM’s messaging around Watson described the technology as a means to enhance human doctors’ capabilities, Khosla foresaw AI, IoT and automation potentially taking on a greater role in health care in the long-run. Khosla anticipated backlash to the idea of computing systems taking a starring role in diagnoses then: “The beginnings of ‘Doctor Algorithm’ […] most likely […] will be much criticized,” he wrote. “We’ll see all sorts of press wisdom decrying ‘they don’t work’ or ‘look at all the silly things they come up with.’”

Conversely, many of the articles and analyst and consultant sentiment on the subject of AI in health care in the past decade have been positive. In the past two years, however, there has been a spate of articles critical of the hype surrounding IBM Watson over the years. Last year, the Wall Street Journal declared “IBM Has a Watson Dilemma” pointing to what it determined were underwhelming results and exorbitant spending to deploy the system. IEEE Spectrum concluded Watson “overpromised and underdelivered” while the North Carolina–based Herald Sun pointed out the company announced layoffs in its Watson Health division. IBM responded to the criticism pointing to the progress it has made with the technology and a number of studies related to the use of Watson for an array of medical applications.

But in the long-run, such setbacks for AI-themed technologies will likely become less important with the continued upswelling of machine-learning based success stories. Machine learning has emerged as a promising tool. For instance, recent research has highlighted the techniques potential to spot lung nodules in written radiology reports while a current study found a deep-learning algorithm outperformed human experts in detecting lung cancer.

Better Diagnoses Are Not a Cure

“The diagnosing capabilities for ‘AI-driven’ or high-computation-capability machines will continue to improve,” said Scott Nelson, chief product officer and vice president of product at Digi International. “But diagnosis is a comparatively small part of health care. “The bigger problem is therapy,” Nelson said.  A variety of studies looking at the subject of wasteful spending in health care have singled out unnecessary care — overtreatment — as the chief driver of waste. A decade ago, Thomson Reuters concluded unnecessary care including overuse of antibiotics and lab tests drives 37% of wasted spending. Fraud makes up 22% while inefficient administration makes up another 18%. The Thomson Reuters study ascribed 12% of wasted spending to health care provider errors at large, which includes misdiagnoses as a subset.

While AI, IoT and other technologies offer broad promises to improve diagnoses and patient engagement, one thorny problem is that many patients simply don’t follow medical advice in the first place. Setting aside basic advice to regularly exercise and eat healthily, the yearly cost for patients not taking medicine as prescribed can be substantial. A 2018 BMJ study concluded the price tag for annual adjusted disease-specific medication noncompliance ranged from $949 to $44,190 per person in 2015 U.S. dollars. The cost of “all-causes” non-adherence was $5,271 to $52,341 annually.

The cost of chronic conditions alone is staggering. According to a Milken Institute report, the price tag in the United States for chronic diseases like cancer, diabetes heart disease and osteoarthritis disease hit $1.1 trillion in 2016, accounting for almost 6% of the U.S. GDP. When factoring in the cost of lost productivity, the overall economic impact swells to $3.7 trillion, which represents nearly one-fifth of the U.S. economy.

The single biggest factor behind the uptick in chronic disease is obesity. And while awareness of this fact is high in the United States and internationally, the problem continues to worsen. Similarly, physicians have struggled for decades to convince smokers to kick the habit.

Although the topic of patient engagement is certainly not new, its relevance is becoming clearer as health care costs continue to swell in many parts of the world. And the concept is becoming increasingly relevant for technology developers targeting health care. “Where AI or IoT will make a difference in healthcare is if you can build systems that can learn how to better coach, i.e. change the behavior of the patient,” Nelson said. To back up that assertion, Nelson pointed to the book “Nudge: Improving Decisions about Health, Wealth, and Happiness” by Nobel laureate Richard Thaler and Cass Sunstein.

The concept of nudges has gained traction in health care settings in recent years. Notably, the University of Pennsylvania established the Penn Medicine Nudge Unit in 2016. The director of that facility, Mitesh S. Patel, MD, recently cowrote an article in the Harvard Business Review expounding on the concept of deploying behavioral economics and “gamification” to drive behavior change.

But while gamification has promise, it has been rarely deployed effectively in health care. Patel and his colleagues, for instance, analyzed 50 of the most popular health and fitness applications in the Apple App Store to determine how effectively they leveraged research findings from behavioral economics. They concluded that none of those apps used the principles they specified. The group has shown the success of using “nudging” to convince diabetic patients to sign-up for a remote-monitoring program, increasing enrollment rates from 13% in the traditional opt-in method to 38% by merely describing the program as standard care.

Nelson also envisions the development of similarly-minded AI systems for chronic conditions such as adult-onset diabetes. “The system [for Type-2 diabetes] could help convince these patients to be more active, drink more water and so forth,” Nelson said. “You could have a system with an engine of suggestions and possibilities. And then, I just allow the system to keep trying suggestions, and then watching the behavior of the patient.”

The concept is also gaining traction as the population in many developed countries ages while a shortage of health care professionals persists. “[W]e should be looking at technology, and in particular, conversational artificial intelligence (AI), to help engage people seeking to achieve a healthier lifestyle or follow their care plans, in order to reduce the pressure on the system and improve health outcomes,” wrote David Champeaux, global cognitive director, healthcare solutions at Ipsoft in an article for Healthcare Global.

The use of virtual assistants to help spur patients toward healthier behavior does raise privacy and HIPAA-related questions, but such assistants could be potentially instrumental in performing tasks such as helping order prescriptions or instructing patients how to use an at-home medical device. While such systems wouldn’t be a replacement for human caregivers, they could help monitor patients’ health metrics. If a patient begins adopting a healthier lifestyle, the system could work to reinforce those behaviors and create a sort of virtuous cycle.

Using “nudges” to spur positive behaviors can be challenging and sometimes more direct strategies can be more effective. According to The Guardian, for instance, an electricity bill with a mention of how neighbors pay less for electricity can result in a 1% reduction in energy use. But strategies such as a carbon tax or a bump in fuel duty can be “more effective in the goal of energy-saving,” wrote Guardian author Tim Adams.

German economist Gerd Gigerenzer has emerged as a prominent critic of nudge theory, arguing that it presumes people are unintelligent. That’s not the case he argues. Instead, many people simply struggle to understand risk. Without what Gigerenzer calls “risk literacy,” “you jeopardize your health and money, or may be manipulated into unrealistic fears and hopes,” he writes in the book “Risk Savvy.” And part of the problem, Gigerenzer argues, is that experts, such as medical professionals, in this case, struggle to communicate risks with the public.

Ethics are another consideration. “If you think about it, who spends the most time trying to apply AI to change behavior? Marketers and advertisers,” he explained.

Still, there is room for cautious optimism regarding AI-enabled virtual assistants gently nudging patients toward a healthier lifestyle, Nelson said. If Netflix can convince users to watch programs they wouldn’t watch, health-care-focused companies could become more like a well-intentioned friend or family member. “Maybe your mother calls you every morning and reminds you to do what the doctor told you to do, or maybe you will call your mother,” Nelson. “The idea is to make sure you’re always moving in the right direction.”