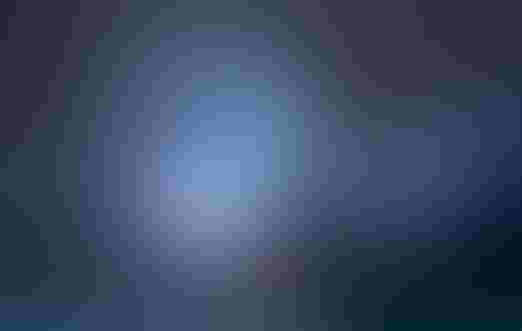 When you think about connected devices examples immediately come to mind. Whether it’s a car, a door sensor or a medical device, each connects and processes data differently.

Some iterations are smarter than others. A camera can connect to a Wi-Fi access point and send data directly to the cloud. A door sensor is simpler. Both technologies need to connect to intermediary physical devices on the network where they then process the data and send it on.

Known as IoT gateways, they play an important role in IoT deployments to collect and aggregate sensor data from various devices. An IoT gateway device bridges the communication gap between IoT devices, sensors, equipment, systems and the cloud. By systematically connecting the field and the cloud, IoT gateway devices offer local processing and storage solutions, as well as the ability to autonomously control field devices based on data input by sensors.

From there, they translate between sensor protocols and process data from these sensors and devices before sending it onward to be processed. With simpler devices and sensors, they’ll often connect to the IoT Gateway using short-range wireless transmission modes such as Bluetooth LE, Zigbee, Z-wave or long-range like LTE, LTE-M and even Wi-Fi.

Once connected, the IoT gateway provides a few key functions including the following:

But an IoT gateway does add an extra component on the network, and another attack vector that can potentially be breached. This means you will have an additional device on the network that has to be updated, managed and secured. That said, what happens when we remove this IoT gateway? Will future edge and distributed computing solutions be able to handle the billions of IoT and connected devices that will be coming online over the course of the next few years?

For there to be a gateway-less IoT deployment, something will have to change.

A New Frontier for IoT Devices

Even today, IoT gateways play a key role in helping sensors and devices connect to an intermediary source that aggregates data and then sends it off for further processing and analytics. However, edge computing is specifically designed to overcome the challenges of IoT connectivity.

Edge computing architecture helps with latency. Couple that with 5G technology (where latency is often less than 1 ms and speeds exceed 100 Mpbs) and you’ve got a powerful platform where devices close to edge can now connect and process all of their data.

Is the Edge the New IoT Gateway?

The real answer isn’t black and white; it depends. Over the next five years or so, edge deployments will become a key component of IoT integration and working with connected devices. Realistically, you will be able to connect simple devices and sensors directly to an edge ecosystem, given that that the edge network is close enough and can support your requirements.

Further, you’ll be able to process data faster at the edge and gain deeper insight into the information you’re gathering. And you’ll be able to integrate with other analytics or insights services that are already a part of that edge ecosystem. By exploiting a robust edge and 5G platform, you’ll be able to analyze data even faster as it’ll connected to a broader and faster network.

When we compare it to the list above, you’ll quickly note that edge and 5G can act as the new IoT Gateway, but at the edge. These systems are designed for:

However, as robust as an edge ecosystem can be, there are challenges some around the capabilities. Specifically, an IoT gateway might in some instances be less reliable in an edge architecture:

Be sure to plan ahead and really understand the kinds of connected devices you have and how you’ll be interacting with the corresponding data.

IoT Designs of the Future

So, does the edge become the IoT gateway of the future? In many cases, this is true. But it’s hardly the end of IoT gateways. There will certainly be instances where local IoT gateways might be needed, like in situations of latency sensitivity. However, data security and integrity requirements may further necessitate the need for a localized way to process IoT data.

Edge maturity is a few years away. If you’re deploying an IoT solution make sure you cover your bases. You’ll need to understand latency and connectivity requirements as well as how you’ll be managing data and device communication. That said, understand just how powerful edge ecosystems are already and will be in the near future. Don’t shy away from an opportunity to test the edge as it can become an enabler for your business.