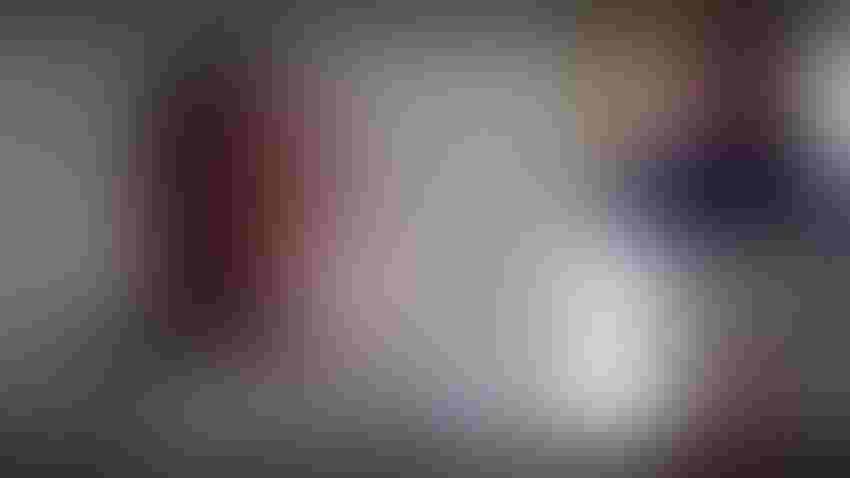 Despite the economic impact of COVID-19 on the economy as a whole, IoT projects continue to show value and gather forward momentum in various industries, according to a recent Omdia survey.

The survey, titled “IoT Enterprise Survey, 2021,” explored IoT adoption trends in various industries and the prospects for adoption in the near term.

According to the IoT Enterprise 2021 survey, some 90% of enterprises said that Internet of Things (IoT) technology was core to digital transformation and was being deployed in multiple areas of their organizations.

“COVID-19 has obviously had a massive impact on the way most businesses operate,” noted Joshua Builta, research director for AI and IoT at Omdia. “What we have seen over the past 12 months is that IoT solutions have been critical to business continuity and, as a result, are now being prioritized by enterprises in a range of industries throughout the world.”

More than half of respondents said IoT technology was being broadly deployed (53% vs. 47% the last time the survey was conducted).

COVID-19 also looms large in terms of the deployment of IoT: While the pandemic has accelerated almost half of IoT projects, it has slowed or stopped some 30% of them.

Acceleration and deceleration of projects varies by industry: In Projects in the public sector, agriculture and health care, however, slowed. Omdia posited that the slowdown in health care is due to initial diversion of resources to respond to the pandemic and expect health care to pick up in 2021.

“As a whole, COVID has accelerated IoT adoption. However, given IoT is used in such a diverse range of industries, it is not surprising to see some variance in the immediate impact of the pandemic,” Builta said. “In health care in particular, our conversations with industry vendors and suppliers suggest investment and adoption will accelerate in the near future.”

And, of course, COVID-19 accelerated the need for new digital health options given social distancing requirements and the dearth of available health care in rural regions.

The Benefits of IoT Technology Accrue to Enterprises

Organizations have begun to see ROI from enterprise IoT projects: 41% of respondents expect to see measurable benefits from their IoT deployment within the first 12 months – a significant increase from the 29% that had such expectations in the previous survey.

According to the survey, efficiency and productivity gains were the most-realized IoT benefit. But worker and workplace safety have also become paramount­, largely given the advent of COVID-19.

Improved energy efficiency and sustainability took third place among the most-realized IoT benefits, from seventh in Omdia’s prior survey, highlighting how sustainability has an increased focus many corporate agendas. And only 20% of respondents see IoT as driving new revenue opportunities.

IoT security is still the No. 1 concern for enterprises deploying IoT. More than half of respondents ranked security as the major blocker in their IoT projects, with data protection/governance (50%) ranking second.

Both issues have increased in importance since Omdia’s last survey, in which they scored 40% and 31%, respectively. Enterprises remain apprehensive about increasing the attack surface by augmenting the number of Internet-connected endpoints. It is essential for technology providers to address these concerns upfront. Security-by-design principles are key to combating the proliferation of insecure endpoints.

Another key issue is the complexity of integrating IoT systems. Traditional IT, and its corresponding business processes, can be immensely difficult to integrate with operational technology, or OT, which often involves legacy hardware that isn’t easily changed or configured on the fly.

Compared with Omdia’s prior survey, integrating IT and OT has risen in importance, ranking second in the current survey vs. fifth in the oprior./ one, which reflects the increasing complexity of the IoT technologies being deployed.

Next Priorities for IoT Projects

In terms of next steps, 81% of enterprises said they use or plan to use real-time analytics for massive amounts of data. Many enterprises view analytics as the key fuel to drive decision-making.

One-third of respondents either use or plan to use LPWAN solutions – a significant increase since Omdia’s last survey, in which cellular LPWAN recorded 23%. This increase suggests that the technologies are finally starting to mature and filter into enterprise usage. 5G also features heavily in anticipated future plans with 63% of respondents selecting it as a priority. Finally, LTE-M is increasing in enterprise popularity.

For all these connectivity options, enterprises see the importance of increasing network speed and performance to undergird their IoT environments.

“Connectivity is a core element of any IoT solution,” Builta noted. “The increased use of LTE-M indicated by the survey suggests enterprises are increasingly seeking to use technologies specifically designed and built to meet the unique demands, such as low power consumption, of IoT applications. It is also evident from the survey that 5G is already on the radar of enterprises and will rise in prominence in the years to come.”

Further, 75% of enterprises say that multicloud infrastructure is, or will be, a priority. This means that cloud service providers and platform providers must be agnostic to and working with many cloud providers.

“A frequent question asked is whether the changes brought on by COVID-19, such as increased digitalization and adoption of IoT, will last beyond the pandemic,” Builta said.

“While COVID has accelerated these trends, we believe the benefits of this transformation are increasingly clear to enterprises and will continue in the years to come. This type of innovation is not unlearned; instead it simply becomes the new way of doing things,” he said.