A new IEEE standard for Ethernet over a single, twisted wire pair enables an in-vehicle, homogenous network architecture and data speeds for advanced in-vehicle applications, as well as ties connected cars to the cloud and IoT. 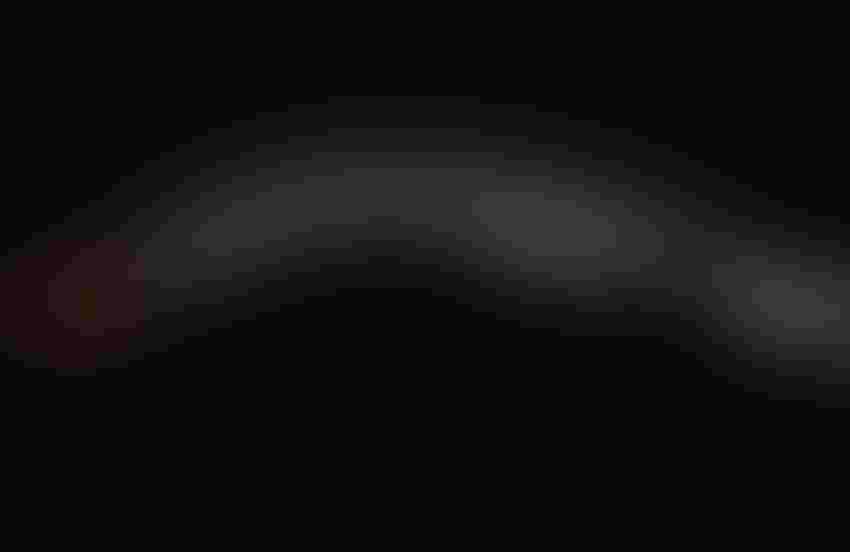 The recent publication of a new IEEE standard could deliver on the promise of a “connected car” that has a robust internal data network for automotive functions and the data speeds to converse with externalities such as the cloud and, ultimately, the Internet of Things (IoT). The IEEE 802.3bw-2015 100BASE-T1 standard, which supports 100-Mb/s Ethernet operation over a single, balanced, twisted-pair cable, will influence not only functional vehicle design, but also support a veritable new world of electronic design in vehicle electrification, in-vehicle applications, and real-time connectivity with the outside world.

We already know that advanced-driver-assistance-system (ADAS) applications will grow in utility and sophistication with the implementation of this new standard, as will infotainment applications. Perhaps more exciting are the myriad connected-car applications that will take advantage of a vehicle’s data links to its environment, from its position among other vehicles in traffic to its ties to smart-transportation, smart-home, and smart-city networks and applications.

With connected cars expected to reach the road as early as 2020, the publication of IEEE 802.3bw-2015 provides the basis for a frenzy of innovation among electronic designers and others as the automotive industry makes its next technological leap. Thus, a brief description of the drivers for the new standard, its development, and its countless possible applications should provide readers of Electronic Design with a solid sense of where their talents might be applied in this burgeoning market.

First, let’s examine traditional vehicle electronics and look at the possibilities under the new standard.

In the 1950s, the only electronic component in a vehicle was an AM radio. Cruise control and electronic fuel injection appeared in vehicles over the next couple decades. By the1980s, the industry integrated the controller-area-network (CAN) 1-Mb/s data bus for a growing number of electronic systems. By the turn of the 21st century, electronics began to enable more driver assistance and infotainment features, let alone a greater number of vehicle functions.

Until the new IEEE standard was published, however, the in-vehicle network architecture remained somewhat fractured. Various electronic systems and networks were often cobbled together as needed; data in one subsystem was unavailable to other subsystems.

It only made sense to treat the automobile like any other network and provide a unified network architecture and platform. Such a platform could tie together all of a vehicle’s existing electrical and data functions and electronics-based innovations rapidly being integrated into the vehicle environment.

Software and electronics, of course, rely on hardware. The auto industry has relied on copper wire for a vehicle’s electrical needs for more than a century. Over time, a vehicle’s wiring harness, composed of numerous copper wires, has become its third most expensive component and, not incidentally, one of the heaviest. So the perennial pressure to reduce cost and total vehicle weight figured into the auto industry’s needs.

The beauty of a single, balanced twisted-pair (copper) cable is several-fold. It can carry electronic signals at Ethernet speeds; it uses the least amount of wire and therefore has the lightest possible weight; and it provides intrinsic reduction of electromagnetic interference (EMI) and high immunity to external EMI (mostly caused by engines and ignition systems). Plus, vehicles must withstand big temperature swings, intense vibrations, dust, corrosive fluids, and other hazards. A simplified wiring harness composed of single, balanced twisted-pair cables is lighter, cheaper, EMI-resistant, and suitable for high data speeds.

As automakers mainstreamed more complex in-vehicle applications like ADAS and infotainment, and the electrification of vehicle operations continued, they realized the need for cost-effective, high-bandwidth connectivity and a unified network architecture to handle in-vehicle data communications.

In 2011, the OPEN Alliance, an automotive industry association, developed a specification for 100-Mb/s data communications over a single twisted-wire pair, captured by the acronym OABR (OPEN Alliance 100-Mbit/s BroadR-Reach). The OPEN Alliance realized that an IEEE global standard, compatible with OABR, would find the widest acceptance and adoption by the auto industry. Work on IEEE P802.3bw 100BASE-T1, within the Ethernet family of standards, began in early 2014 and IEEE 802.3bw was approved in October 2015.

Going to an Ethernet-based single twisted-pair cable brings a wide range of benefits. It lowers cost by reducing the bill of materials and the labor required to physically integrate a wiring harness. It reduces overall vehicle weight and, thus, improves a vehicle’s efficiency, gas mileage, and emissions. Perhaps even more importantly, the new standard answers these physical needs while enabling ADAS, more advanced infotainment, and future, connected-car applications that heretofore weren’t possible.

A global standard, of course, promotes interoperability—the tide that lifts all boats—and its corollary, economies of scale, which in turn cuts costs. Publication of IEEE 802.3bw is a win for all stakeholders, including consumers.

Today, automakers are busy designing ADAS, infotainment, and vehicle electrification applications that will make vehicles’ electronics simpler, more effective, and more efficient, all based on the new standard. New vehicles’ internal networks will converse with the cloud for applications such as telematics, diagnostics, infotainment, maintenance advisories—even the vehicle’s location and the conditions around it. Eventually, as other external networks mature, vehicles will present drivers with data or forecasts from a cloud-based IoT, which will provide connectivity with networks in smart transportation, smart homes, and smart cities.

For a close-up look at where electronics in the automotive domain is going, the IEEE Standards Association (IEEE-SA) is hosting the Ethernet &IP @ Automotive Technology Day on September 20-21, 2016 in Paris. OEMs, suppliers, semiconductor vendors, and tool providers will be on hand to discuss and demonstrate the evolution of Ethernet standards and electronic technologies and applications in the automotive environment.

Further, standards-based improvements are coming. The IEEE P802.3bp 1000BASE-T1 Gigabit Ethernet Task Force, which I chair, is expected to soon complete its work, which will accelerate Ethernet’s in-vehicle data speeds to 10 times that of IEEE 802.3bw. In addition, IEEE P802.3bu 1-Pair Power over Data Lines (PoDL) will provide power over the single twisted-pair wires used in IEEE 802.3bw and IEEE P802.3bp, providing maximum efficiency for the wiring harness as it will carry power and data over the same twisted wire pair. The IEEE 802.1 Time Sensitive Networks/Audio Video Bridging family of standards will ensure that the in-vehicle network prioritizes safety sensors and commands over less pressing applications.

None of this work happens in a vacuum. The inclusive, transparent standards process at IEEE-SA always needs well-informed participants to bring standards to fruition. Participation enables professional advancement and a bird’s-eye view of the direction being taken by standards. Whether you can bring innovation to our efforts or merely wish to track the direction your work might be headed, the IEEE-SA’s standards development process always benefits from the broadest participation.

This article originally appeared in our sister publication Electronic Design.