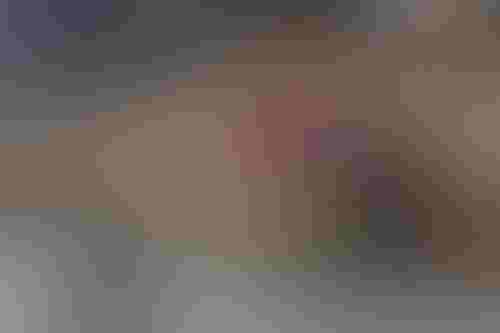 The new bots are designed for use cases relating to e-commerce, case and pallet picking and supporting heavier payloads.

Vector features omnidirectional mobility, compact design and robust payload capacity for use in any environment.

Max houses a heavyweight payload capacity and is capable of transporting materials, cartons or pallets across facilities. Locus suggests that Max is “ideal” for industrial and material handling applications.

Vector will ship to customers from this summer, while Max has limited availability, which is set to be expanded in 2023.

“With these new LocusBots, we’re able to help our clients alleviate significant labour challenges and achieve optimal productivity by using the right bot for the job,” said Rick Faulk, CEO of Locus Robotics.

In other Locus news, the company has announced a partnership with logistics firm GXO.

The deal will see LocusBots deployed to support high-volume order fulfilment for an unnamed sports-fashion retail company in the U.K. and Netherlands.

Around 65 bots were deployed at GXO’s warehouses to optimize productivity in the order fulfilment process. The units aim to decrease “unproductive” walking time and heavy goods moving.

Max and Vector: On the Road to Europe

In an interview with AI Business last March, Faulk said the Massachusetts-based company was looking to expand into Europe and APAC.

Following that interview, Locus went on to achieve unicorn status – raising $150 million in a Series E in February 2021 and a further $50 million investment from Tiger Global Management a few months later.

Then Faulk’s expansion plans saw the company open a new European headquarters in Amsterdam. The new facility is tasked with supporting Locus’s existing EU and U.K. customer base, as well as enabling new opportunities within the European warehouse fulfilment and distribution markets.

The company’s robots are designed to ferry goods between picking sites. The units are equipped with a tablet interface that enables them to ‘speak’ 21 different languages – a useful addition for an industry with a high proportion of migrant workers.

All its robots are fully integrated within LocusOne, the company’s multi-bot warehouse orchestration platform that provides business intelligence and reporting for effective management and planning.

LocusBots are reportedly picking nearly two million items every day, with its units available via a Robots-as-a-Service (RaaS) pricing model.