Enterprises may lack knowledge of Google Cloud IoT compared to competitors, but that doesn’t mean it isn’t worth a look. 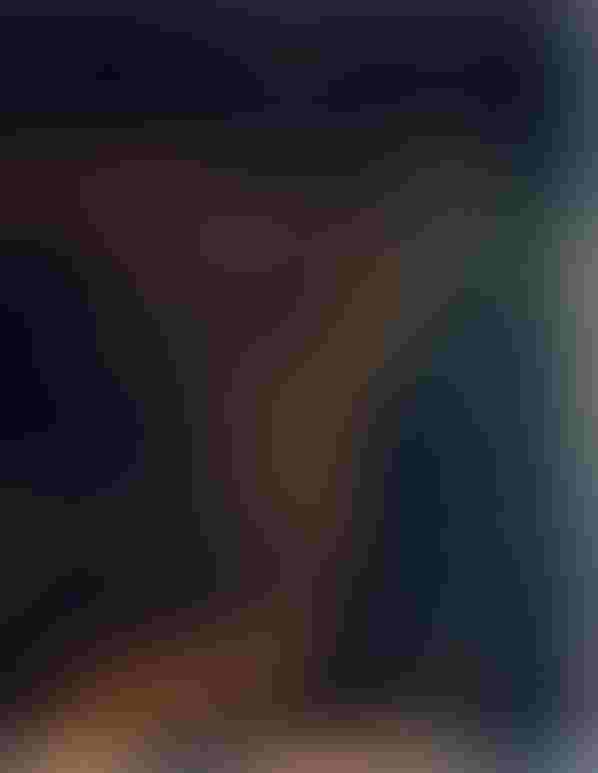 Google is usually ranked third among the public cloud market leaders in revenues.  As cloud and IoT innovators, they surely rank higher, perhaps even at the top.  Google’s own business runs on a sophisticated set of cloud tools that launched concepts like Kubernetes and Istio, giving them considerable experience in creating high availability and performance on a strong platform of infrastructure efficiency.  Google Cloud IoT strategies are not as well-known or easily reviewed as those of Amazon or Microsoft and may require taking a different slant on cloud IoT, but they’re definitely worth consideration.

Google recently unveiled a broader strategy for cloud-to-edge scenarios, with the announcement of Google Distributed Cloud.

The platform is effectively a platform-software layer that applications can be developed for, and which can then be hosted not only in Google’s cloud, but on premises edge devices, and even in enterprise data centers.  While the feature is not fully available until 2022, it promises to provide the richest possible model for the distribution of IoT features and could even be used in cloud-provider or other edge computing facilities.

It doesn’t take more than a glance at the Google Cloud website to see that Google takes an IoT strategy different from its competitors, Amazon and Microsoft. Both those companies feature IoT fairly prominently on their list of products, and list a variety of IoT-related services.  Google puts IoT in its list of products, but it only lists two IoT elements: Cloud IoT Core and Edge TPU, an AI chip that features as an element in Google’s Coral IoT edge products.

This doesn’t mean Google doesn’t offer the features of its competitors, however. It offers them in a different way. Cloud IoT Core is a managed IoT service that handles what’s essentially the front-end processes of IoT device deployment, management and security, and provides connectivity with other Google Cloud applications that then support IoT application development, analytics and data storage and retrieval. IoT, to Google Cloud, is IoT devices plus application development and deployment.  That’s the same as its cloud competitors, although Google’s application-centric approach differs from their IoT-centric assembly of elements.

While it’s possible to build Google Cloud IoT applications without Google’s IoT elements, it requires more development work. Thus, it might be best to start your IoT strategy with the question of whether Google’s Cloud IoT Core would be a suitable piece of your strategy, and whether the managed service pricing is acceptable. If not, then Google’s IoT may be difficult to adopt.

The Device Manager element in Cloud IoT Core provides for the deployment, configuration, monitoring and connection to IoT devices.  Google supports a wide variety of IoT devices and protocols with the Device Manager, and the service is cloud-resident and implemented as a serverless/microservice-based component, so it’s highly scalable.  If the devices meet Google’s security requirements, Cloud IoT Core will offer full-stack security.  Roles based on IAM values are supported to provide for user access control to IoT data.

Unlike Amazon and Microsoft’s IoT strategies, which offer a means of extending their cloud features onto a compatible on-premises server, Google doesn’t promote the extension of Google Cloud onto the premises.  The Cloud IoT Core element instead provides publish-and-subscribe interfaces to link IoT telemetry to cloud applications, and Google supports a variety of protocols that provide coupling between a premises IoT edge device and Google Cloud.  However, a gateway is provided with Cloud IoT Core to support offline operation for devices that have constrained resources.  The gateway is able to stand in for the device in communicating with other Cloud IoT Core components, and then synchronize when the device is available. Stackdriver Monitoring is available to create dashboards, alert and escalation flows and reports, in real time or summary form, and to set and report on thresholds.  Stackdriver Logging provides for connection, traffic and error logging, and again allows users to set thresholds and report on exceptions based on those settings.  This is tied to Cloud Pub/Sub logs to publish/subscribe traffic and show the correlation between devices and events.

Google’s custom ASIC (Edge TPU) was designed to support the forward staging of AI for latency-sensitive applications.  The ASIC is available to device manufacturers, but Google has a relationship with Coral to provide a variety of edge controllers equipped with the chip.  Other edge elements can be adopted for local event processing, either by using one of the device-linked IoT protocols or creating a custom link to Cloud Pub/Sub, Google’s message/event ingestion service.

Cloud Pub/Sub is the on-ramp for all event processing in Google’s IoT model.  It provides for conversion of messages and events into a general publish/subscribe form, and that allows any Google Cloud or Cloud IoT application, and user applications as well, to subscribe to event flows and receive IoT messages based on their needs.  Cloud Pub/Sub is a framework for guaranteed event delivery, event steering and even features to ensure that all events are processed fully.  It also includes security/compliance features that minimize the challenges of building compliant IoT applications.

Cloud Pub/Sub is an independent service of Google Cloud, and is used by the managed Cloud IoT Core service’s Protocol Bridge element to connect to devices.  Thus, IoT applications that don’t use Cloud IoT Core for some reason can still link to the rest of Google’s IoT-friendly cloud services, including analytics.  There is also a Pub/Sub Lite version available where sophisticated processing capabilities are less important than low cost.

The Cloud Pub/Sub interface couples events to any of Google’s analytics tools (Cloud Dataflow, BigQuery, Cloud Bigtable, ML and Google Data Studio), as well as third-party analytics or AI applications that can use Cloud Pub/Sub.  Google also offers a rich set of tools and applications using artificial intelligence and machine learning.  These are available to IoT applications, but they’re not explicitly integrated with Google’s IoT offerings.

While Google has some digital twin tools at the business process level (its recent Supply Chain Digital Twin is a good example), it has not yet offered digital twinning of IoT applications or IoT infrastructure.  As is the case with edge computing, Google may be dependent on third-party relationships to support a broader digital twin IoT application framework, but that is not yet announced.

It’s a simple truth that enterprises choose competitors’ IoT offerings more often than they choose Google’s.  Part of this is likely due to both Amazon and Microsoft having larger cloud customer bases, and another part is the fact that Google isn’t nearly as familiar a partner to enterprises.  Instead, enterprises may view Google as a social media company, which in revenue terms is true.

Google’s technical tools for IoT are exceptional, but the packaging of their IoT offerings is different enough from competitors that it may be difficult for prospective buyers to identify what’s needed and how to use it.  It’s definitely going to take more effort for an enterprise to evaluate a Google Cloud IoT solution than it will for solutions from Amazon or Microsoft, but enterprises who don’t make the effort may be missing something good.