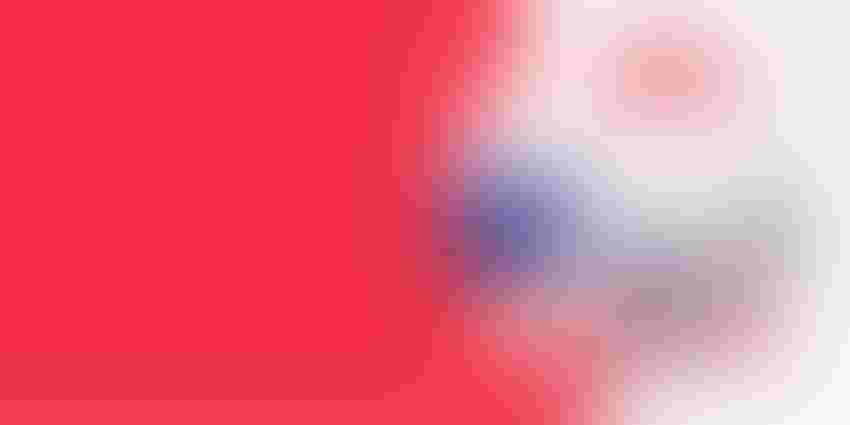 If it feels like cellular tech is moving too fast to keep up with, it’s because it’s true! The introduction of 5G—with 6G and beyond already being discussed—means that there’s less space on the spectrum for older networks, leaving those with a fleet of 2G and 3G devices scrambling to upgrade their equipment. IoT-specific networks such as LTE Cat-M are being deployed to more and more regions. Taking this opportunity to upgrade your devices’ IoT SIM cards to a Multi-IMSI architecture and eSIM hardware at the same time will help to future-proof your devices as older technology is phased out and the cost of maintaining outdated hardware increases.

Wait—what’s happening with 2G and 3G?

Carriers are the players who ultimately determine whether or not to transition to a new technology, so the sun is setting on 2G and 3G networks at varying rates across the globe. While the dates vary, the major carriers will be sunsetting their 2G and 3G network by the end of 2022. For example, in the US:

Carriers are eager to sunset their 2G and 3G networks in order to support new devices that need more speed and efficiency. Dates for local carriers around the globe vary, though, with some networks planning to remain up until as late as 2028.

In this article, we’ll look back on the biggest developments in each new generation of cellular technology. We’ll then discuss solutions to retain both control and flexibility in your options for network connectivity in this dynamic landscape, no matter where your devices are located.

Here’s how we got here

The world of cellular telecommunications has evolved constantly since its inception in Japan in 1979. This is what we now refer to as ‘1G’. During this era, the Motorola DynaTAC 8000x became the world’s first commercial cellular phone, weighing nearly 2 pounds and costing today’s equivalent of more than $10,000! Within a decade, cellular technology had spread worldwide, and we were on to better, faster, and stronger things.

3G networks provided even faster data transfer speeds and greater security measures than 2G networks. These advances led to a massive expansion of the mobile phone market with the introduction of the smartphone—think of the early Nokias and Blackberrys, and later, the iPhones. But in addition to consumer devices, more and more businesses saw the potential of connecting non-communication devices to the Internet, and with the proliferation of IoT came increasing requirements around the supported density of networks.

The ITU solidified a new set of standards in the late 2000s with the introduction of 4G-LTE. With data download speeds of up to 100mbps and support of eight to ten base stations per km2 (compared to four to five for 3G), carriers found the market exploding once again and rushed to meet customer demands for data.

But there’s only room for so much

With each new generation of cellular technology came the challenge of accommodating the demands on a finite range of radio frequency spectrum. Governments began to take on a greater role in controlling and auctioning the space. Carriers had to upgrade and deploy new hardware, software, and physical cell towers to stay on top of the game. These upgrades were time-consuming and extremely expensive.

The competition to meet demand for the latest cellular technology means we’ve arrived at a place where some countries have rolled out 5G technology while others have millions of 2G devices still in use. Through five new generations, carriers around the globe moved at different paces based on their individual business model, their assets (both hardware and radio spectrum), and the demand of their customers.

Builders of IoT devices need their equipment to work everywhere without disruption, often for many years, and need to be flexible with the choice of connectivity provider—optimally decouple hardware choices from the provider of connectivity. So how do we navigate the fragmented landscape of cellular innovation and the increasing choices of radio access types (RATs)? The good news: 4G-LTE is hear to stay. The main advantages of 5G are ultra-low latency and very high bandwidth. For the vast majority of IoT use cases, neither of these are actually needed. There are some niche use cases, such as remote surgery, vehicle-to-vehicle communication, or video surveillance with realtime cloud processing needs, but the reality is such that for IoT, 5G is still looking for its killer use case—and might never find it. A bet on a 4G-LTE modem is a safe bet for any IoT device builder today.

How devices connect: On the interplay of modems and SIMs

Any device wanting to connect to wireless networks uses a modem to do so. The modem module interacts with the SIM (Subscriber Identity Module), which holds network authentication credentials in form of an IMSI, an International Mobile Subscriber Identity. For certain long-lived IoT devices with an eye on the cost of material, it is important to make the right hardware as well as SIM profile decisions at design and deployment time—even more so than it is for consumer hardware. Switching a carrier requires swapping out the SIM in each device. For remotely deployed IoT devices, this would require dispatching technicians to physically replace hardware, with these truck rolls costing anywhere from $150-$1000+. This process becomes cost-prohibitive for organizations with fleets of hundreds of thousands of devices out in the field.

If a modem upgrade is inevitable, IoT device builders are well-advised to then also take a close look at the type of SIM they are putting into their device. Besides working with local SIMs sourced directly from carriers, most device makers choose roaming SIMs—single SIMs that provide access to multiple networks—, especially if the devices are deployed in multiple countries. But with roaming SIMs, IoT devices are at the mercy of the home provider and the roaming partnerships they have. Networks can be dropped without notice, which can cause outages, and an irrevocable one in the worst case. Other networks that are theoretically available with a strong enough signal might use radio bands that are incompatible with the modem of the device. The home provider simply isn’t incentivized to partner with other carriers that will offer the best experience, the latest RAT, or the fastest data transfer speeds. They’re only going to offer the carriers that make the most sense for their business.

So at first sight, it seems we are looking for a SIM that doesn’t need to be manually swapped out.

eSIMs appear to be the salvation. An eSIM can hold multiple SIM profiles at the same time that can be activated remotely over the air (OTA). This effectively eliminates the need to physically swap SIMs when the occasion calls for it. Note that eSIM isn’t to be confused with embedded SIMs. Embedded SIMs (MFF2) are simply very small SIM chips that are directly soldered onto a circuit board. Rather, an eSIM can take any form factor available on the market, including the Mini SIM, Micro SIM, Nano SIM, and MFF2. eSIM refers to any piece of hardware that runs an application called eUICC, as standardized by the GSMA, which can store multiple SIM profiles at once and can be provisioned remotely.

eSIM is certainly one way to future-proof your devices, minimizing the need for physical SIM swaps in the future. If your organization is planning on incurring the cost of a truck roll with an imminent modem upgrade, consider upgrading to eSIM at the same time. But it’s not solving for some of the other headaches that come with cellular IoT.

For one, many eSIM implementations out there rely on the so-called M2M profile, which requires a cloud server for switching the SIM profile. That still puts you at the mercy of the provider—not a carrier this time, but an MVNO (Mobile Virtual Network Operator) or similar that hosts this server for customers. True independence comes with a different type of eSIM profile, called Consumer Profiles. These have the switching code either on the SIM itself (called LPAe), or the device (LPAd), which ultimately means they are under your control. So when looking for providers of eSIM, make sure they are implementing Consumer Profiles, not M2M profiles.

But going with individual SIM profiles loaded onto an eUICC eSIM means managing individual carrier relationships, which come with their own administrative experiences and billing structures, as well as their own mobile network cores—the key component of any network, which authenticates a device and manages its data flow. For larger global deployments this quickly becomes unmanageable. The solution to this lies in so-called Multi-IMSI SIM profiles. These are profiles that can—ideally automatically—switch the IMSI, i.e., the mobile subscriber identity that identifies the SIM against a network, which each should—optimally—give you access to dozens or hundreds of networks. In essence, Multi-IMSI SIMs are multiple roaming SIMs on a single SIM profile. Being just one SIM profile means that you are working with only one provider and one mobile network core to integrate with and test against. While benefiting from the level of access that multiple roaming SIMs would give you, you are only dealing with a single SIM, a single bill, a single administrative experience.

At Twilio, we believe that Multi-IMSI SIMs on eSIM hardware is the future of cellular IoT. And a safe bet for any device builder. For more details on eSIMs and Multi-IMSI SIMs, consider reading a deeper dive by our product manager, Vijay Devarapalli: How to Pave the Way to Manageable Global IoT Deployments with Multi-IMSI SIMs. To learn more about Twilio Super SIM, have a look here.

Scott Lemon brings extensive technology experience to Twilio, from hardware up through software and networking. After holding a variety of architecture and technology leadership and evangelization positions, he is now a principal solutions engineer at Twilio IoT, consulting customers on hardware design, connectivity solutions, as well as backend and system integration, and influencing our technology roadmap.