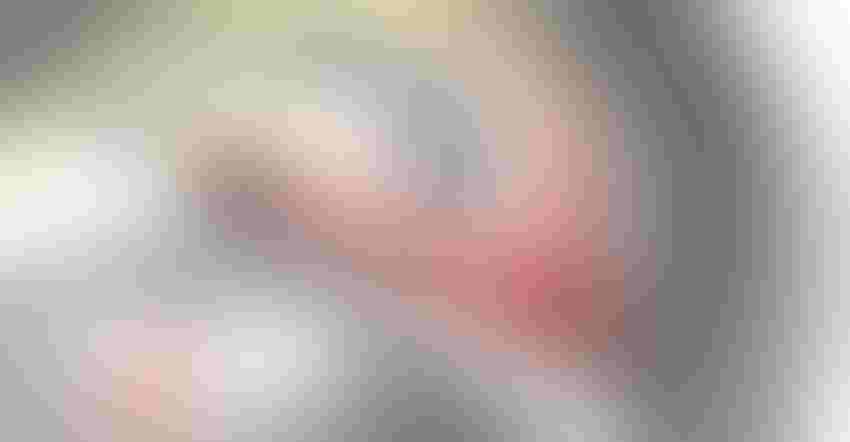 “Most engineers would rather create from scratch everything by themselves,” says Jen Costillo, a firmware and consulting engineer. “But the reality today is that management and the increasingly shorter development cycles—particularly for the competitive consumer products—don’t always allow for that.”

Although she enjoys designing as much as possible—like any other engineer—Costillo acknowledges that in the era of the Internet of Things (IoT), more integrated solutions and off-the-shelf boards can dramatically minimize risk and cut time out of the development cycle.

“To speed up the process, more engineers I know are cobbling together various boards or simply purchasing a pre-existing design with the manufacturing process as the starting point,” she explains.

Being first to market matters, especially in the IoT space. In response, chipmakers are rolling out new platforms that combine sensing, processing, and connectivity capabilities, along with software libraries that give developers a running start on their applications.

“It’s all about time to market, engineers want to be done with their development as quickly as possible. They’re looking for more integrated solutions,” says Henrik Flodell, senior product marketing manager, development tools at Atmel Corp. “When we look at the data on what drives their choice on what MCU to use, software is beginning to rank above hardware features.“

He adds that it’s only becoming more important with IoT devices. “Not only do you need sensors and processors, but you also need to have a network stack that is able to connect to the cloud. And you probably want to have some sort of security layer on top of that network and low-level drivers to interface to the radio,” he explains. “All of these things are not that simple for an embedded developer to implement, and if it’s already been done 1,000 times there is no point in reinventing the wheel.”

Engineers have long relied on manufacturers’ reference designs—essentially a technical blueprint of an application intended for copying—to assess features, get a rough estimate of costs, and do a quick proof-of-concept check.

When it comes to IoT applications, however, more and more vendors are beefing up their reference designs and in many cases bundling hardware and software, and even offering to provide PCB manufacturing services. In the process, they aim to create more traction for their devices.

In February 2015, STMicroelectronics and Flextronics introduced the first plug-In charger platform with zero no-load power consumption. Following up at the Consumer Electronics Show earlier this year, Atmel showcased a device that Flodell refers to as “basically a 100% complete reference design for a smart plug.”

“We have taken it beyond the development of the hardware and software to the creation of the case, all the electrical certifications, CE markings, and so on,” he says. “Everything is done—if somebody wants to pick up this design and put it into production, they can. But we fully expect customers will add to it. That flashing light could be two lights or someone might want to add a display.”

Similarly, Mentor Graphics has extended its overall solution beyond edge devices to the intelligent gateways and upward to the cloud with its customizable IoT Gateway SysDK reference design, introduced last year.

Warren Kurizo, director of embedded systems product management at Mentor, says that customers can buy the reference design and get the Gerber files, parts list, and run with the standard I/O on it. “But a lot of customers want a very customized solution,” says Kurizo. “So an engineer can say, ‘I don’t want HDMI on it’ and we’ll change the design and will even produce the board.”

Michael Murray, general manager of Analog Devices’ Industrial IoT business and Industrial Sensing Technology Group sees the move to more integrated solutions necessitating a more collaborative effort between not just vendor and customer, but with other vendors as well.

He points to the Blackfin Low Power Imaging Platform (BLIP), which provides OEMs an out-of-the box development platform for intelligent motion sensing, as an example.

BLIP includes an image processor, onboard CMOS image sensors from SNAP Sensors, and Omnivision, and optimized software libraries. That software isn’t downloaded onto the main board until the user selects the sensor updates in software at the time of purchase, reducing the cost and allowing customers to use the board in different ways.

“What’s really cool about this is that we are going out and actually instrumenting these systems in the field, to learn how customers are using the technology,” says Murray. “We’re also working with our partners, allowing them to better understand potential security vulnerabilities and to learn what algorithms can lead to better object detection.”

Lowering the Barrier of Entry for Others

“In commercial lighting you have these fantastic metal benders, who know how to make it light, make it reflective, and make it efficient,” he explains. “Then suddenly everyone jumped on the IoT bandwagon, and the lights no longer simply screw in and out and there’s now building control for those little tiny LEDs.”

The solution was a reference design that Difalco refers to as “a big piece of hardware,” which a customer can input into a design as is or hire a consultant to modify the design. “Either way,” he says, “it gets them a six-month advantage in time to market and they will still be great metal benders.”

How Far Will the Trend Go?

For now, it appears there is no slowing down as vendors continue their inexorable march toward ever-more integrated solutions. Just how far they will go is anyone’s guess.

“The building blocks will continue to get bigger and bigger, as will the layers of abstraction,” says Matt Liberty, an embedded software consultant. “But as long as you can understand how it works at the level you need to understand it, you can be successful. And reference designs are incredibly useful, providing a quick means to evaluate a technology with less effort. “

“I think that the chipmakers will continue to be successful with their reference designs for markets that do not require high reliability,” Liberty says. But start talking about the need for high reliability, and Liberty is more dubious. “For an IoT solution that is controlling infrastructure that could cause serious harm or loss of life and requires specific regulations, I don’t think that reference designs are at that level of sophistication yet. There’s too many subtle trade-offs that need to made at the application level.”

One also can’t help but wonder how OEM’s will differentiate the end product, when the point comes that everyone is essentially licensing the same platform.

“Industrial design will matter. Manufacturing will matter,” says Costillo. “Certification of the product will matter. Product differentiation will be driven by creative thinking and a strong dose of good execution.”

Liberty sees it as inevitable when a product becomes a commodity, as many devices have become.

“But I think there is still a lot of differentiation that is possible–we are building larger and larger and more complicated systems, and it is not just about that chip and the reference design,” says Liberty.  “If you are producing something new, you have to be producing something that meets some business need that someone is willing to pay for. That might be the right combination of features at the right price, or the best user interface. There’s lots of opportunity to get creative beyond a standard platform.”

After all, engineers have always been known for their creativity. While Costillo believes that’s still true, she adds a bit of a new twist on it: “In the future, I believe that most new Innovative new designs will come from chip vendors.”

Karen Field is Executive Director, Content for Penton’s new Internet of Things Initiative and IoT Emerge event. She has 25+ years experience developing content for an audience of technical and business professionals and a reputation for challenging conventional thinking and taking a novel approach in the creation of world class editorial and conference programming.

Karen has a mechanical engineering degree and a master’s of business degree from the University of Minnesota and Boston University.

See more from Karen Field
Sign Up for the Newsletter
The latest IoT news, insights & real-life use cases...delivered to your inbox