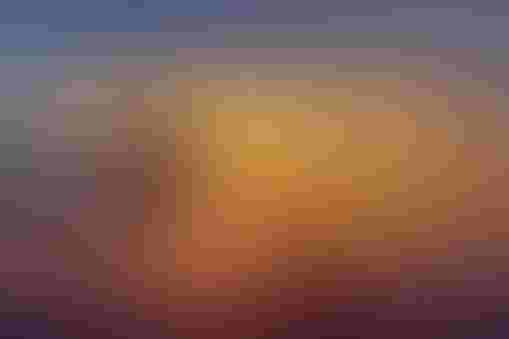 From health care to utilities, countless industries now use the Internet of Things to achieve greater efficiencies and cost savings. IoT in oil and gas is no exception. While exploration and production prediction are certainly on oil and gas companies’ radar, their current focus is on optimization and predictive maintenance.

At 65%, the top use case currently deployed in the oil and gas industry is supply chain optimization/tracking, according to 451 Research’s Voice of the Enterprise Survey which tracked IoT implementations in six verticals. Another 20% of respondents report plans to roll out the use case within two years. What’s interesting to note is that this isn’t just the top use case in the oil and gas industry but across all six verticals tracked by 451 Research, including manufacturing and utilities.

On the other end of the spectrum, 451 Research reports that exploration/production prediction ranks fifth in deployments of IoT in oil and gas, with 35% of organizations currently using IoT for this purpose and 25% planning to do so in the next two years.

“It’s about workload optimization,” said Ben Towner, solution architect at 10th Magnitude. “Deploying sensors or devices to increase data points that will help you do a better job is as important as completely net new discoveries,” he said.

Towner noted that this optimization has created big wins for IoT in oil and gas. “ Using IoT to find out how much they can extract from a deposit in a certain amount of time—that’s optimization as opposed to exploration. If you have a resource and now you can double your output, that’s where it’s meaningful,” he added.

“The ability to do preventative maintenance, to optimize the equipment you’re using and to get it to perform better pays dividends. Every dollar you can prevent spending is a dollar to the bottom line,” Towner said.

Using the IoT in Oil and Gas for Optimization

Oil and gas companies have plenty of opportunities to use IoT technology for production and equipment optimization. One example is managing wells in remote areas. “Once a resource is found in a remote area, a company only has a limited amount of time during the year to do certain things,” Towner explained. For example, the ground may be frozen for most of the year. Insights from sensor data can help companies plan preventive maintenance when the ground is thawed.

Keith Holdaway, advisory industry consultant for SaS Institute and member of the Industrial Internet Consortium Energy Task Group, helps oil companies optimize production and equipment operation. “After so many years, well production will exponentially decline because of pressures in the subsurface,” he said. “What they have to do is re-engineer it by drilling new production wells or . . . drill[ing] infill wells that inject water. That whole process can be addressed by the IoT.”

Sensors in the wells and on the artificial lift technology collect real-time data. “By understanding the data off these pumps, companies can identify when the pump might fail or if it is performing poorly. They can do that in real-time,” Holdaway said.

The need for real-time decision making has driven edge-, rather than cloud-based, IoT solutions. “At the oil rig, a [blowout preventer] might be about to happen, and the operator needs to shear a pipe,” Malladi said. “If they’re sending data to a cloud environment and sending it back–damage will already have been done.”

Despite the financial benefits of deploying IoT in oil and gas to optimize production and equipment life spans, Malladi says adoption of edge-based technologies is still nascent. “Adoption and scaling up is slower for these companies—not because the technology doesn’t work for them, but because they’re in a highly secure and regulated environment, and then there’s always a dichotomy between the operator in the plant and them giving access to put a solution there and the decision-maker at the top wanting to optimize processes,” he said.

The key to moving forward, Malladi said, is to bring both parties to the table. “It’s not enough to have budget,” he said. “You need to involve the operator who’s actually seeing the pain point. Once everyone’s on the same page, it’s a lot easier to get moving,” he said.

See more from Crystal Bedell
Sign Up for the Newsletter
The latest IoT news, insights & real-life use cases...delivered to your inbox