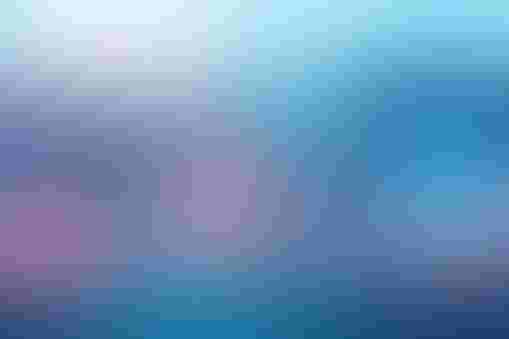 Utilities are investing in a range of smart components– smart meters, fuses switches– in grids. Fueled by regulatory pressure, changing customer requirements and the evolving nature of the grid, utilities have turned to smart devices to increase reliability and decrease operating costs.

“The world is changing around utilities,” said David Green, an analyst at Omdia. For the electric grid, power companies must react to a range of threats from climate change to customers generating and storing their own power. And they must also adhere to local, regional and federal governments’ regulations. “The biggest driver of change is always legislation because it’s enforced,” he said.

Generally the opposite is true. Legislation and regulation often lag technology changes. But because utilities have to go through complicated regulatory procedures to justify investments and the rate changes to fund them, they tend to avoid these processes. In many cases, legislation and regulations force them to seek approval for rate changes and other funding for capital investment, according to Green.

In the U.S., the National Institute of Standards and Technology (NIST) describes seven domains and their roles in a smart grid conceptual model. This construct extends to grids around the world.

Residential and commercial customers that generate renewable energy forced a major change in power grids. “Traditionally, power flows in one direction from large generators on the transmission system down to customers,” said Jan Schilling, vice president of grid modernization at Eversource, an electric utility in New England. “Today, there’s a much higher prevalence of power flow in the reverse direction, which requires greater visibility and automation of the system to manage complexity of power flow.”

Environmental factors are also at play. The California-based utility Pacific Gas & Electric (PG&E), for instance, said in a report on the impact of climate change on the grid, “California has experienced dramatic and rapidly evolving environmental changes in recent years, resulting in record drought, unprecedented tree mortality, record rainfall, record heat waves and extremely strong wind events. The climate change underlying these changes has altered the operating risks of the electric grid.” Such factors played a role in driving a string of fires tied to the utility’s equipment, which led the firm to file for bankruptcy and begin proactively shutting off power when fire risk is high.

Intelligent Automation in the Energy Grid

“Intelligent technologies, such as smart switches, enable us to isolate outages and automatically re-feed unaffected areas, avoiding outages for many customers,” Schilling said. “Smart-sensing technologies provide greater visibility of power flow on the system for our system operators.”

Omdia’s Green expects that more and more utilities will install smart meters and meter management software to monitor equipment degradation. Utilities traditionally upgraded equipment based on age-based criteria or simply waited for part failure. Replacing water pipes or transmission lines based on an arbitrary life cycle interval drives unneeded maintenance. With sensor data, utilities can conduct preventative maintenance only when necessary. That could extend the useful life of components and reduce the number of unnecessary replacements. “A pipe that lasts twice as long costs half as much,” he said.

In addition to its smart fuse program, Eversource will continue to install smart switches, devices that enable system operators to remotely route power to customers from a backup source in minutes. The energy company has installed more than 1,630 devices as part of its smart switch program over the past five years and continues to work throughout service areas to replace utility poles with more durable structures, install hundreds of miles of covered wire and conduct tree-trimming programs to ensure reliable energy delivery to customers.

PG&E has launched a pilot program called “Enhanced Wires Down Detection.” It tests methods to detect and locate faulty wires. Using smart meters, it hopes to send real-time alarms to the distribution management system under partial voltage conditions. The utility reported that downed energized or de-energized wires create a low voltage condition on transformers that can be used to help identify downed distribution lines quickly to speed response.

All these smart elements require connectivity with one another and with a central location. IoT networks could play a major role in meeting utilities’ needs. Green defines IoT as an infrastructure comprising resources that connect components, collect data, compute the collected data, and then create reports that support further action. Utilities tap public, private and hybrid network resources for IoT applications.

PG&E reported its telecommunications architecture allows it to meet near-term and long-term telecommunications needs by implementing a multi-tier, multi-service telecommunications infrastructure architecture, consisting of a core and an edge network. It continues to consolidate its IP network edge, using its Multiprotocol Label Switching (MPLS) core, to further reduce the devices in the IP network and bring capability to the edge of the network. It is carrying out testing to validate that IP-based services from telecom companies can deliver critical PG&E applications and meet service-level requirements.

All the communications and smart device technology presents a range of possibilities for utilities facing a sea change in energy grid operation and how customers use them. These possibilities arrive at a critical moment in the evolution of utilities’ role in the market.

“Utility operating models and margins have become increasingly challenged,” wrote Alex Kaplan, an Omdia analyst, in a recent report. For decades, utilities have primarily generated revenue by selling as much energy as possible. But utilities now face increasing pressure to conserve more energy by reducing residential and industrial consumption.

At the same time, more customers are starting to generate their own power. That not only cuts into utilities’ bottom line, but also forces utilities to coordinate the direct current power from solar with the alternating current flowing through their grid.

While the “compute and create” portion of IoT brings the most promise for adopting new business models, the communications network also presents opportunities, according to Omdia’s Green. Utilities have numerous ways to implement the solutions: public, private, remote management, analytics as a service and software as a service, and combinations of those resources. He thinks small utilities will outsource analytics and software applications earlier than large ones. Smaller companies don’t have large IT staffs to manage the integration of complex applications. However, outsourcing provides around-the-clock support and, possibly, more robust security management.

Green said that in North America and Europe 30% of meters with third-party head-end software are hosted in the cloud. The question for utilities is whether they are ready to move toward outsourcing, he said. Outsourcing boosts costs, requires adequate third-party risk management and can pose regulatory hurdles.

Green estimates that for every $1 a utility spends on a meter, it spends another $1 on everything else (e.g., software, connectivity, management, analytics etc.). However, utilities have recognized that if they spend $1.1 on the “everything else” and perform additional analytics, they might leverage more than that on their ROI, he said. “The benefit is clear – data and analytics driven solutions could be the only viable model for utilities to survive in the future.”

“Developing a flexible network of distribution system devices that enables remote monitoring and control and supports intelligent automation is a critical capability of a modern grid operator,” Schilling said.