The Internet of Things has sparked demand for collecting data at the edge. And so a new global network backbone is being built, which calls for launching satellites that beam data down to earth using lasers. Fascinating. 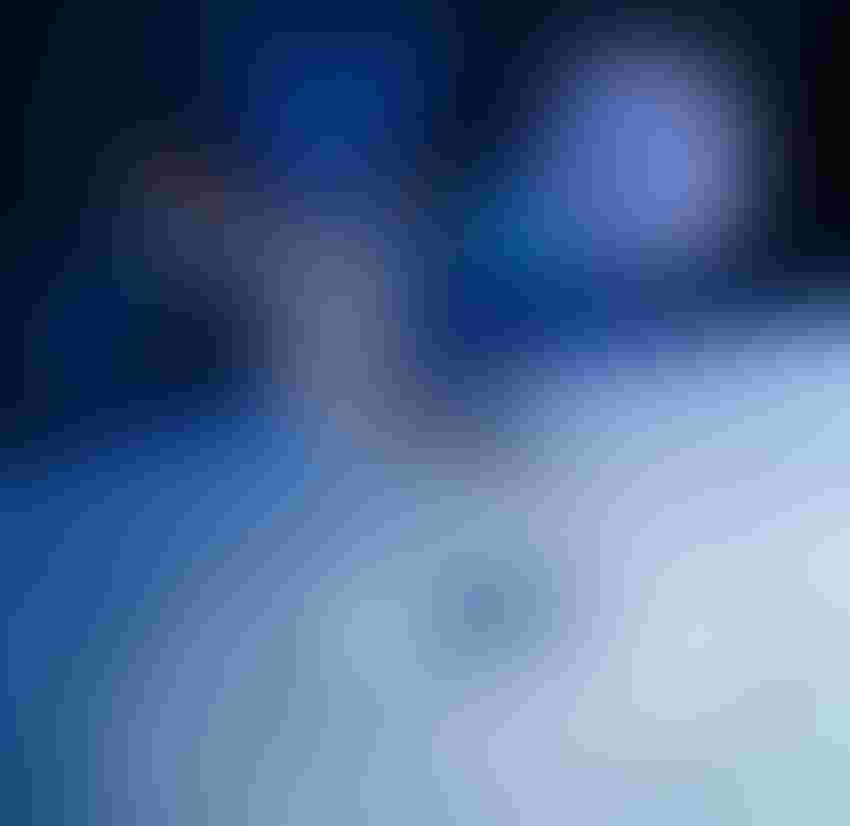 A whole new global network backbone is being built, consisting of intercontinental submarine cables, capable of handling unprecedented amounts of bandwidth, 5G wireless networks, and satellites that beam data down to earth using lasers. This backbone is being designed to bring connectivity to places that either didn’t have it before, or didn’t have anywhere close to the amount of bandwidth they will soon need. It is enabling a lot of data to come in from the edge of the network rather than outward, from centralized computing hubs.

Ihab Tarazi, CTO at Equinix, the world's largest data center provider, says we're witnessing the beginning of the next wave of investment in global connectivity driven by the need to collect data at the edge. The company has been talking about this trend for some time, but it hasn't been clear, until now, how exactly this new global backbone will take shape. “The pieces are finally becoming clear,” he says.

Tarazi believes a company Equinix recently partnered with is implementing one of those pieces. Laser Light Communications is planning to launch a “constellation” of eight to 12 laser-enabled satellites – called HALO – that will circle the planet and together with terrestrial networks create a hybrid high-capacity network capable of bringing connectivity literally anywhere in the world. “This one is about massive global coverage,” he says.

Equinix data centers, places where the bulk of the world's networks interconnect, will be the primary hubs for distributing data coming from space onto terrestrial networks and vice versa. Each of those hubs will be equipped with three “ground nodes” – 4 feet in diameter, 6 feet tall, 1,000 pounds heavy – and each ground node will have three laser heads, so it can “see” three different satellites, Robert Brumley, CEO of Laser Light, explains.

The interconnection hubs will not be the only buildings equipped with ground nodes. Laser Light will also deploy them directly in places where data originates, such as corporate campuses. That's an example of the edge Tarazi is talking about. A financial services firm, for example, or a Hollywood studio, will be able to beam data directly to Medium Earth Orbit – that's where Laser Light's satellites will reside – for instant transfer to a bank in Singapore or a video editing outsourcer in Bangalore.

Major cloud and content companies, some of whom recently started investing directly in new submarine cable construction projects to improve global reach, are also potential customers. These are companies like Microsoft, Google, Amazon, Facebook, or Netflix. Traditional telcos, such as Telefonica or Vodafone, could use Laser Light's services as another way to connect to regional long-haul networks.

Another important type of ground-node location will be submarine cable landing stations. “Cable landing sites are points of aggregation and disaggregation,” Brumley says, meaning landmass networks converge at these points to transfer data across the oceans and pick up data traveling the other way to distribute it to its countless destinations on dry land.

This diagram shows an example of how Laser Light's satellites will be interconnected with ground nodes and with each other. (Source: Laser Light slide deck)

US Department of Defense, as well as American, European, and Japanese space agencies have been developing free-space optics technology for decades, and Laser Light is making what is probably the first effort to commercialize it at global scale. “This is the first company we know of in that category,” Tarazi says.

On the ground, Laser Light's network will include dozens of SD WANs located in major metros throughout the world. SD WANs, or Software-Defined Wide Area Networks, are enterprise-grade WANs enabled by software that's disaggregated from hardware it runs on, making them more agile and easy to automate. They are an emerging alternative to WANs that rely on proprietary and expensive, tightly integrated hardware-software bundles networking vendors have sold for decades.

With free-space optics technology around for some time now, and with carriers already starting to deploy SD WANs, the real technological innovation Laser Light is bringing to the table is the software that will manage its global network. “It's not only the coolest thing that we're doing, but it's also going to be the most important thing that we will have done,” Brumley says.

One of the biggest barriers to implementing free-space optics is weather, and Laser Light's plan is to build a network operating system that will literally route traffic around clouds, which interfere in beaming data between Earth's surface and its orbit. “Lasers have challenges when it comes to atmosphere,” he explains.

If you are located in Emeryville, California, for example, and it's a cloudy day in the Bay Area, the system will not send the signal directly to Emeryville. Instead, it may drop it down further south, say in Sacramento, where the sky is clear and from where the data will be routed along terrestrial fiber to its intended recipient by the SD WAN.

Rather than simply tracking the weather in real-time, the system will use a machine learning model, trained over several years with weather data, to predict the best routes automatically. Laser Light recently received a US patent for the concept and is currently talking to vendors that may be interested in writing the software. It will “probably be the most disruptive part of our program, because it's really converging predictive analytics with software-defined networks and ever changing atmospheric conditions,” Brumley says.

Building the network OS, the SD WANs, the satellites, and, crucially, raising money to fund it all, are parts of the execution phase Laser Light has now entered, following about three years of design and development. To date, the startup has been funded by its parent company.

Some of the elements are already under contract, including satellite payloads and ground nodes at network interconnection points, Brumley says, with the company waiting for the funding to execute those contracts.

Equinix's Tarazi thinks there's little doubt that the market for the type of service Laser Light is planning to provide is there. The question, he says, is how big that market will end up being. Will it be limited to places that are extremely underserved by terrestrial fiber, or will there be broader use cases? “It's not a question of if people will use it,” he says.

There are potentially convincing use cases for companies that are now investing in the new breed of enterprise networks to enable distributed infrastructure for the Internet of Things. They are combining their own backbones with their own wireless spectrum for last-mile device connectivity and lots of edge computing nodes that aggregate device data. Any company that needs to push lots of data from lots of connected devices through its network will benefit from a service like Laser Light's, which would provide many more network access options.

It is clear that new technologies will be needed to enable more data to come in from network edges, and, while he believes Laser Light is the first to make an attempt to make commercial free-space optics at global scale a reality, Tarazi thinks there will be more players using this and other kinds of tech that will change the way global networks are architected. “I think there will be more than one company,” he says. “It’s just the beginning of it.”