The head of technology and digital strategy for the largest international gym chain in the world talks about IoT's future in health and fitness and the role it will play for Virgin Active specifically. 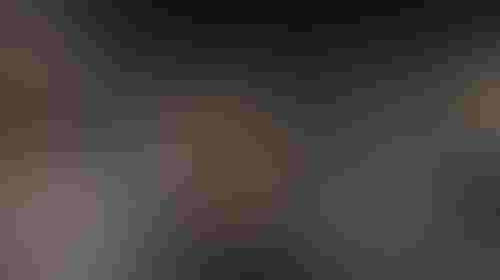 Virgin Active is the largest international gym chain in the world, with 260 gyms across nine different countries. Andy Caddy is the Group's CIO, responsible for the technology and digital strategy across every one of those territories.

And that's where his main interest in the Internet of Things stems from. IoT is a technology that deals chiefly in information — generating it, sharing it and keeping track of it — and it's Andy Caddy's responsibility to ensure that data delivers for Virgin Active and the group's board of directors.

Health and fitness is lagging behind, but getting there

Next month, Andy Caddy will speak at IoT World in Dublin, both to share his own insights on how IoT can be leveraged to boost the consumer experience, and to peruse the expertise of others (he'll be sitting on a panel discussion with BMW and thyssenkrupp Elevator UK). I asked Caddy what insights he could share on the future of IoT, from an enterprise standpoint.

“We're in the very early days, certainly in my area,” he begins. “Homes and cars have been early battlefields. Health and fitness is an interesting area, but quite basic and primitive in comparison. Today we're seeing interest and enthusiasm for what IoT can do to solve existing problems, such as step-counters, introduced five to six years ago, which haven't gone too far.

“For our industry, the next generation will be dictated by the combination of devices, which themselves will be smarter and more connected, and even more so software and machine learning to integrate with the IoT for a more comprehensive experience and smarter insights. For gyms, people do want convenience, but they want feedback on their progress even more, and that's what they're not getting enough of.”

The market for wearables like step-counters has fallen short of its potential in the eyes of many. Yet it probably remains the IoT technology most applicable to health and fitness, explaining why it's an area Virgin Active is already acting to cash in on.

“We're trialing the integration of wearables in our South African business, where we'll roll out the new products for members over the next few months. The aim is to boost reward and recognition, by acknowledging physical activity both inside and outside of our clubs.

“We want to be smart about sharing knowledge on staying healthy that we have within the business. We want to take the information from the machines and devices our members are using, and turn that data into actionable insight,” Caddy continues. “People usually leave gyms because they get bored or stop enjoying the experience, which is frustrating for Virgin Active, given how much we offer.”

The better Caddy and co. can understand what motivates and puts off their users, the better they can combat this attrition. Caddy says that they've got a few immediate plans for wearables involving business partnerships, with the likes of Fitbit and other prominent companies.

However, he's most excited about their NFC wristband experiments being trialed. These devices will get you in and out of gyms, log you in and out of machines, and be used to handle lockers and payments on an automatic basis. “A device that convenient is a clear win-win,” he tells me.

CIOs and their firehoses of information

Many leading experts across the IoT industry have hailed the imminent coming of the “Chief IoT Officer,” arguing that the sheer size and scope of the task is too big to be integrated into an existing executive job role. I asked Caddy whether IoT would fall under the CIO's remit, or if future businesses would need “CIoTOs.”

“So, IoT will become prevalent across a whole different range of things,” he begins. “This 'smart center' for connectivity is applicable everywhere. The net result is data, the increases of which could be a massive problem if not thought about in advance.

“We're seeing a step-change in data storage taking place because of the data provided by IoT devices — that's still under the CIO's remit. We [the CIOs] need to know how to control this firehose of information. Some CIOs still have a hardware-oriented view of the world, and that's going to change. The devices may not always fall within the CIO's job role, but collecting the data and using it certainly will.

“But really I see no need for a Chief IoT Officer at any point specifically.”

IoT where it doesn't need to be

Caddy goes on to elaborate on the role data will play as enterprises further embrace and develop IoT.

“To be able to interpret and do good things with data is very important, especially where it's related to the customer journey. As the price-point of IoT devices comes down, people will start putting them everywhere — including where they don't need to be or shouldn't be. We'll have IoT devices everywhere, and it will be a massive distraction, as people 'throw stuff against the wall and see what sticks.'

“Every application of IoT should start with a map of the customer journey, to decide at which points these devices are actually necessary, steering clear of distractions. We've seen a similar thing with beacons — they've been around for three to four years, and still haven't found their real niche.”

“I get inundated with people telling me they can connect sensors to dumbbells and running machines,” he chuckles. “But why? Tell me, how is that actually going to help me?”

Of course, even now there are plenty of successful IoT applications greatly benefiting consumers. I asked Caddy what his favorite example of IoT being used to benefit the customer is.

“As I said before, our new use of wristbands could be game-changing,” he says. “Compared to other methods for entry or payment, they're easier to access and harder to lose, meaning a generally more seamless process. We've had great customer feedback wherever we've trialed them so far.

“My favorite uses of IoT are those where the person ends up getting much more than they expected, and this is definitely one of those.”

Will voice control be our next technology step change?

Up until 2011, Caddy was CTO at easyJet where he oversaw the release of a highly successful app. We finished our conversation with speculation over what role apps will play as the IoT grows, and what big technology might come next.

“It's far too early to claim the app will die out. I understand the notion, but people generally underestimate how long these major technological shifts take to take place. Any potential alternatives, like AI or bots, are just too immature at this point in time. And we've seen Apple struggle with its Watch and fall short of their aims so far — plenty of factors mean the speech-activated technology isn't as good as it needs to be to take over.”

“But I'm open to the idea,” he continues. “A point in time in the future where you're truly conversing with your devices as you would another human being — but that's a long way off. I think another step-change is required first, like that from computer to iPhone in 2007. Something must be fundamentally better to justify us moving away from tech that is now ubiquitous.”

I asked if he had any specific predictions for what might bring the next big step-change in IoT.

“Well we're always going to be flawed when making short-term bets on technology,” he muses. “I still haven't got my flying car. But one of the interesting things at the moment is the battle over voice control, with Siri, Alexa, Google and the voice-controlled home.

“I don't know if it's the biggest upcoming trend or something less. But people seem to be falling in love with Amazon's Alexa, and what Apple's done with Siri and iOS10 is very impressive. This isn't something that was widely predicting five years ago, but now it's a highly competitive space. There's got to be something in that.”