IoT development presents many challenges, however, the developers have never had so many options – with intelligence, open source and edge runtime environments all representing fresh opportunities.

Development for IoT projects is highly complex. At a time when enterprise expectations of connected technology are rising – to deliver on intelligence, security and robustness – practitioners and managers are looking to expand the skills at their disposal.

Things have changed since the rise of the Internet of Things at the dawn of the last decade. Greater data demands – endpoints absorbing voice, video and real-time sensory information, and the advantages of new IoT gateways that bring compute into the edge, all throw up fresh dilemmas for the IoT practitioner to consider.

Containers, microservices, cloud credit budgets and embedded intelligence – all must be examined in the light of the specific IoT application at hand, along with the enterprise’s specific requirements.

Tiny-ML and AI at the edge: Embedding intelligent data recognition

One of the biggest lesson of IoT’s first decade has been the tardiness of actuating insights from inbound data. For many enterprise IoT applications the need to ferry information to the cloud, before relevant data can even be selected, has been a massive bottleneck.

Now two years into its conception – a new breed of artificial intelligence implementation is a potential means to turn this paradigm on its head. Tiny machine learning scripts are automatically trained to spot valuable data and reduce the operational burden of cloud-side analytics. Meanwhile, vendors are responding with new processing units specifically empowered for IoT devices.

Seven Examples of AI at the Edge Using IoT

Both TinyML and AI-specialized chips were expected to make great strides this year, although COVID-19’s impact on the supply chain has presented a key caveat.

Predictions for Embedded Machine Learning for IoT in 2021

The synergies of AI and IoT are now making serious headway in the automotive, industrial and medical sectors, according to Omdia’s Josh Builta.

A new performance benchmark for Tiny-ML inference applications was launched at the start of this year to compare embedded devices with a footprint of 100kB or less on a level playing field.

The new wave of AI chips has been built from the ground up for applications like driving monitoring systems and automated drones, where data processing must happen immediately.

Today’s IoT practitioners are faced with a plethora of hardware choices, just as the semiconductor industry is ramping up its offering. The need to plan effectively has never been so pronounced – should your organization need to scale the solution, then the project will need an architecture that does incur untenable penalties in terms of licensing fees and performance. New options from the likes of open-source chip architecture RISC-V and a gamut of entries for the usual suspects have made IoT hardware highly competitive – but the practicalities of development will always govern which selection works best.

With RISC-V, IoT practitioners have a more scalable and malleable option for edge chip development outside of the proprietary ecosystem of Arm.

A Guide to Choosing the Right IoT Processor for Your Company

Here’s another look at how the RISC-V Foundation has shifted the landscape for IoT computing cores, as software developers seek power efficiency and customization at the edge.

Semi makers big and small are vying to make AI at the edge a reality. But, scoping out the best applications and moving machine learning models successfully to silicon can be daunting.

Making AI at the edge a reality is challenging, but the area is increasingly hard for enterprise developers to ignore. Resource-intensive industrial applications are likely to lead the charge for deployment, enabling factories to contextualize data as it flows into multiple sensor endpoints.

Away from edge chips, engineers need faster interconnect speeds to facilitate computational exchanges both within IoT networks and to the cloud. The industry is working hard on 112 Gbps speeds, with 224 Gbps to follow by 2024/5. 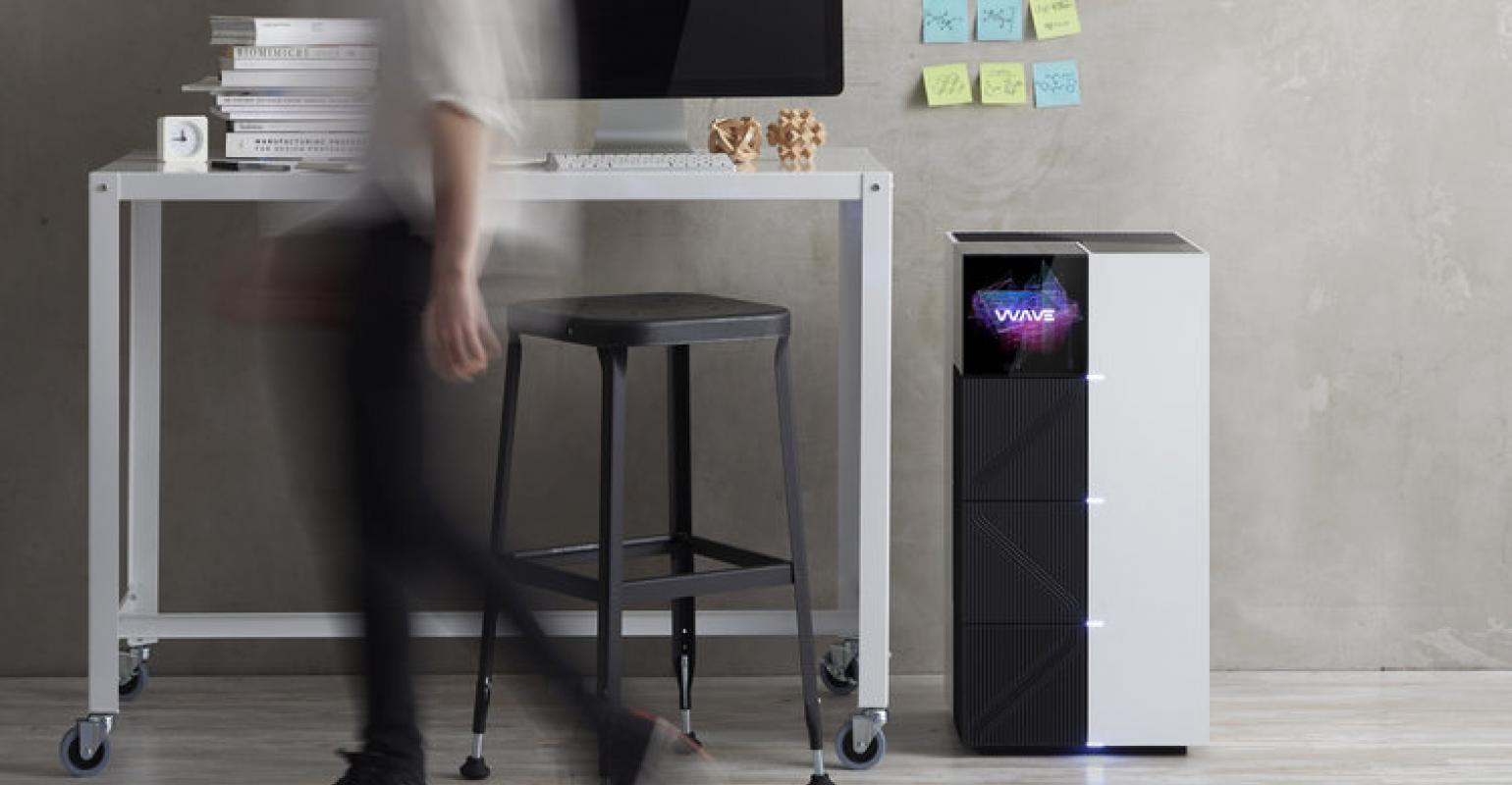 The open-source silicon world welcomed a new contender to the field in January 2019. Wave Computing unveiled plans to open source its MIPS instruction set architecture – or ISA – enabling chip makers and developers to access 32- or 64-bit versions without licensing fees.

Weighing the Components of IoT Development

IoTWT has plenty of exclusive technical and development content – covering everything from containers to microservices, to disaster management and intrusion detection systems. Not only must your developers select the right approach, they also must keep abreast of all the emerging options and skill sets these entail. Keeping an agile mindset, on everything from product design to security, will be paramount to getting the most from the available options.

Jetting to the Stars Using Containers for Development

Containers enable developers to test and run applications with greater speed and agility, without reconfiguring the environment based on dependency variations. Here’s an IoTWT exclusive on the U.S Department of Defense’s campaign to use containers for its mission-critical systems.

AWS Greengrass extends AWS cloud capabilities–including AWS compute, messaging, data caching and sync–to local devices. This enables them to securely share that information, and act on the data they generate, while using the AWS cloud for management, analytics and storage.

How to Run Docker on IoT Devices

Docker is an OS-level virtualization platform that can provide advantages when bringing containers to the edge. Here’s a model, using Raspberry Pi for horsepower, to help you learn how to quickly run Docker command line scripts.

Veteran systems architect and consultant Dan Sullivan believes Rust is an emerging programming language whose time has come for IoT development. The open-source script, developed by the creators of Mozilla Firefox, shares syntax similarities to C and C++, but also incorporates functional elements and development abstractions.

This 23-page report sheds light on the shortcomings of established product development processes in key areas. It posits their advantages to be captured by switching to an integrated, cloud-based design platform.

The Case for Agile IoT Development with Elixir and Nerves

In a landscape where IoT’s high adoption rate is undermined by poorly executed products, this white paper sets out possible root causes of development failures.

A Short Guide to Choosing an IoT Development Platform

A confusing array of solutions for IoT use cases make it challenging to start development on the right foot. This in-depth exclusive guide looks at considerations including open-source, avoiding lock-in to public clouds and the need for scalable solutions, without spiraling licensing costs.

Open-source protocols, hardware and software tools for IoT promise a new mode of implementation, however only if developers can steer their way around some of the pitfalls and peculiarities. Vendors from IBM to Microsoft have thrown their hat into the open-source arena, the question is to what extent the underlying ethos has truly been embraced. Open source is an opportunity to reduce IoT dependence on locked-down cloud ecosystems, so long as the expertise is available to implement it correctly.

The old way of thinking about enterprise and industrial IoT often meant portraying the synergies as some sort of secret weapon over the competition. But a newer model of open source IoT has forged a mantra built on co-development and open innovation, rather than secrecy.

Some 74% of enterprises plan on using open-source technologies solely or in tandem with proprietary technologies for their IoT projects, and 39% will rely on open source alone.

RISC-V and the Rise of Open Source Hardware Communities

As noted earlier in this guide, many of the advantages of open-source software could be enlisted by IoT hardware designers thanks to the RISC-V architecture. While RISC-V is changing the game for IoT processors, other hardware vendors like IBM – with its Red Hat acquisition – are getting into the open-source OS game.

Back in 2018, Microsoft made inroads into open source by making its Azure Edge runtime available on an open-source license. The decision was intended to bring forward edge development resources for IoT engineers who may have been deterred from building for such environments.

While companies have expanded their use of open source, most are not giving back to the foundational ecosystems -- and the security of these platforms continues to falter.

In the robotics sector, social media and advertising giant Facebook has released a platform for building robots with computer vision and natural language processing capabilities. The system – dubbed Droidlet – enables a single intelligent agent to be deployed across diverging robotic hardware systems.

Data analysis is a focal point for IoT developers looking to manage ever-growing enterprise networks and the need for data queries to be conducted from within networks themselves. One of the more preeminent techniques is time series data analysis, however much of this legwork is typically conducted in the cloud. Meanwhile, a range of database techniques must be assessed, both to cope with the deluge of information following from IoT networks, and to adapt to the coming wave of artificial intelligence applications.

For many IoT developers, time-series data analysis is a new frontier. But, as more data tasks are brought to the edge, many need new skills to exploit data and mix different subtypes in time series dashboards, having traditionally outsourced such tasks to remote locations with more computer processing power.

The need for embedded data capabilities has resulted in data management tools attracting more resources in the IoT planning phase, as illustrated in this feature article.

Has Data Analytics Taken Off in the Airline Industry?

In a similar vein, this session from the virtual Industrial IoT World 2020 event discusses Boeing’s experience of enlisting data analytics to solve operational challenges in the air transport sector.

Enterprises are eager to use IoT to understand operations, but are constrained by the need to contextualize the monolithic data deluge flowing in from disparate locations. Data analysts will be looking to move the paradigm forward to host domain datasets – particularly from edge locations – in a more consumable way.

Here’s how a Chilean mountain-top observatory managed to collate masses of visualized data of the universe. The system relied on time-series data technology from InfluxDB offered under an open-source license.

The arrival of hybrid cloud architectures that disperse functions between edge and remote systems has opened the market for “unified analytics” from vendors like Hewlett Packard Enterprise. Unified analytics aims to help enterprises make sense of their data regardless of its location.

🤔 Looking for 3 Strategies to Avoid IoT Key Theft? We’ve got you covered! As tech companies continue to develop an… twitter.com/i/web/status/1…

Another 59,000 @Teslas being recalled over a software glitch affecting the vehicle’s Emergency Call safety system… twitter.com/i/web/status/1…

Join us in the premier #tech destination of #Austin this November 2-3 for our next #IoT event. Connect and collabo… twitter.com/i/web/status/1…