Faster data rates, low latency, maturation of the Internet of Things, and the ability to handle a massive amount of data are among the major benefits promised by 5G. 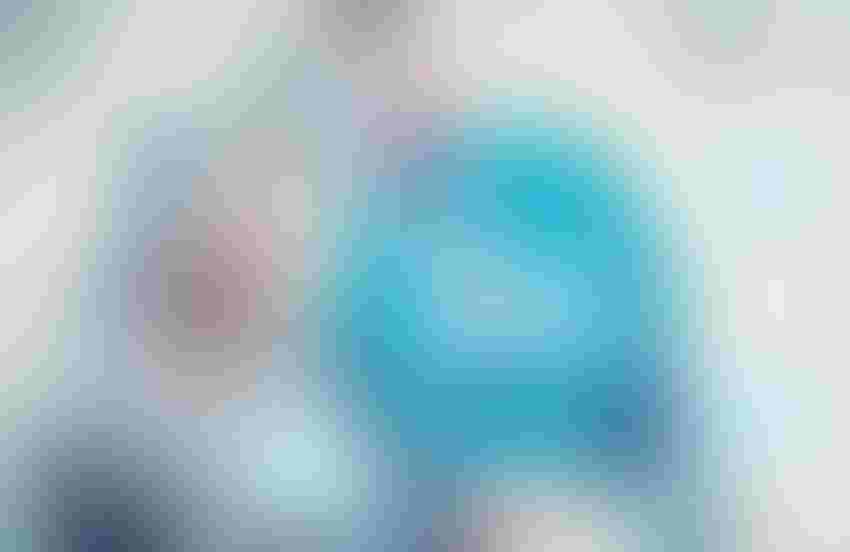 The term “5G” is confusing. We keep hearing public announcements about the 5G network deployments being right around the corner while 4G deployment is still in its hottest phase—some 100 networks seemingly switched on just a moment ago and hundreds of pre-4G LTE Release 8 and 9 networks were commercialized only recently.

The definition of the fourth generation is equally straightforward, based on the ITU’s IMT-Advanced requirements. Up to now, two systems are compliant with this official 4G category: 3GPP LTE-Advanced as of Release 10, and IEEE 802.16m (also known as WiMAX2). The first Release 8 and 9 LTE networks were deployed in 2010-11, and their most active commercialization phase took place around 2012-14. Referring to ITU terminology, these networks prior to Release 10 still represent the evolved 3G era that, as soon as upgraded, leads the way to the “full-blooded” 4G.

While 4G is being deployed or upgraded from the previous LTE releases, 5G has already generated big interest. The year 2016 will actually become “show time” for many companies to demonstrate how far the technical limits can be pushed. Some examples of the already announced initiations include Verizon Wireless, which partners with technology leaders in two Verizon innovation centers,1 and Qualcomm, which has demonstrated the capabilities of LTE-Advanced Pro via millimeter-wave setup.2

These examples, as well as many other demos and field trials within the forthcoming months, will definitely indicate the performance and capacity increase that 5G may provide, although the commercial and commonly agreed form of the 5G has yet to be seen. Whenever ready for us consumers, it can be assumed that the 5G era will represent something much more than merely a set of high-performance mobile networks. It will, in fact, pave the way for enabling seamlessly connected society with important capabilities to connect a large amount of always-on IoT devices.

The idea of 5G is to rely on both old and new technologies on licensed and unlicensed RF bands that extend up to several gigahertz bands in order to bring together people, things, data, apps, transport systems, and complete cities—in other words, everything that can be connected. Thus, 5G functions as a platform for ensuring smooth development of the IoT, and it acts as an enabler for smart networked communications.

The aim of the forthcoming global 5G standard is to provide interoperability between networks and devices, offer high-capacity energy-efficient and secure systems, and significantly increase user data rates with much less delay in the response time. Nevertheless, at present, the fifth generation represents a set of ideas for highly evolved systems beyond 4G, so its development still takes some time. As has been the case with the previous generations, the ITU has taken an active role in coordinating the global development of 5G.

The ITU-R (radio section of the ITU) is the highest-level authority for defining the universal principles of 5G. The ITU is thus planning to produce a set of requirements for the official 5G-capable systems under the term IMT-2020. As the term indicates, the commercial systems are assumed to be ready for deployment as of 2020. This follows the logical path for ITU-defined 3G and 4G.

The IMT-2020 is, in practice, a program to describe 5G as a next evolution step after the IMT-2000 and IMT-Advanced, and it sets the stage for international 5G research activities. The aim of the ITU-R is to finalize the vision of 5G mobile broadband society, which, in turn, is an instrumental base for the ITU’s frequency-allocation discussions at the WRC (World Radio Conference) events. Up to now, WRC ’15 was the most concrete session for discussing 5G frequency strategies. The WRC decides the ways in which frequency bands are reorganized for current and forthcoming networks, including those that will be assigned to 5G.

Concretely, the Working Party 5D (WP5D) of ITU-R coordinates information sharing about the advances of 5G. These include the vision and technical trends, requirements, RF sharing and compatibility, support for applications and deployments, and most importantly, the creation of IMT-2020 requirement specifications.

While the ITU-R works on the high-level definition of the 5G framework, one active standardization body driving for practical 5G solutions is the 3GPP, which is committed to submit a candidate technology to the IMT-2020 process. The 3GPP aims to send the initial technical proposal to the ITU-R WP5D meeting #32 in June 2019, and plans to provide the detailed specification by meeting #36 in October 2020. To align the technical specification work accordingly, the 3GPP has decided to submit the final 5G candidate proposal based on the further evolved LTE-Advanced specifications as of December 2019. In addition to the 3GPP, there may be also other candidate technologies, such as an enhanced variant of IEEE 802.11.

As for the 3GPP specifications, 5G will have an impact on several technology areas that most affect the radio interface. The expected aim is to increase the theoretical 4G data rates, perhaps 10-50 times higher, while the data response time would drastically reduce to near zero.

The 3GPP RAN TSG (Radio Access Network Technical Specification Group) is the entity committed to more specifically identify these requirements, scope, and 3GPP requirements for the new radio interface. The RAN TSG works in parallel with the ongoing LTE evolution that belongs to the LTE-Advanced phase of the 3GPP, aiming to comply the future IMT-2020 requirements of the ITU. At the same time, the evolved core network technologies need to be revised by the system architecture teams so that they can support the increased data rates accordingly.

At present, many ideas are circulating about the form of 5G. Major operators and device manufacturers are conducting technology investigations, demos, and trials aimed at proving the concepts and contributing to the standardization. These activities are beneficial for the overall development of 5G, but they represent proprietary solutions until the international standardization ensures the jointly agreed upon 5G definitions, which in turn facilitates global 5G interoperability.

In addition, several research programs have been established to study the feasibility and performance of new ideas at the academic level. For instance, the European Union coordinates 5G research programs under various teams. We can expect to see concrete results from these and other entities during 2016. More information about the latest EU-funded 5G research plans can be found on the European Union’s web page that summarizes 5G initiatives.

One of the expected key abilities of the 5G networks is the high energy efficiency to cope with the huge array of low-power IoT devices in the field. The benefits include better cost efficiency, sustainability, and widening the network coverage to remote areas. Some of the base technologies for facilitating the low energy include advanced beamforming as well as radio interface optimization via user-data and system-control plane separation. Other technologies include reliance on virtualized networks and clouds.

Systems also need to be developed at the component level for both networks and devices. In particular, autonomously functioning remote IoT devices require special attention as they must function reliably without human interaction or maintenance perhaps for several years. Thus, advances in more-efficient battery technologies are essential.

Moreover, very small devices such as consumer wearables and M2M sensor equipment may require much smaller electronic component form factors, including tiny wafer-level subscriber modules that still comply with the demanding reliability and durability requirements in harsh conditions. At the same time, the need for enhanced security aspects will require innovative solutions at the hardware and software levels.

The industry seems to agree that the 5G will be a combination of novelty, yet-to-be-developed, and standardized solutions together with existing systems, including commercially available mobile generations that jointly result in increased data rates and capacity. Some of the 5G use cases could involve the support of tactile internet and augmented virtual reality, which provide with completely new, fluent, and highly attractive user experiences.

Resulting from a long period of mobile-communications development, 5G’s roots can be traced back to the 1980s when first-generation mobile-communications networks began to be reality. Ever since the first data services that were included in 2G systems starting around mid-90s, the newer generations up to 4G have been based on the earlier experiences and learnings, providing a base for developers to design enhanced technologies for the access, transport, signaling, and overall performance of the systems.

Regardless of 4G’s high performance, the telecom industry has identified a great need for considerably faster end-user data rates to cope with the demands of the evolving multimedia. To that end, 5G would be able to handle these challenging capacity requirements to provide fluent user experiences even for the most advanced virtual-reality applications. At the same time, the exponentially growing number of the IoT devices require new security measures (see below), including potential security-breach monitoring and prevention.

Along with the new M2M and IoT applications and services, there will be role-changing technologies developed to support and complement existing ones. In that regard, 5G is one of the most logical bases for managing this environment, in combination with legacy systems.

Although 5G is still a set of fragmented ideas (until the ITU officially dictates its requirements and selects suitable technologies from among the candidates), 5G systems will soon become a reality. Thus, we can expect to see many novelty solutions, ranging from highly integrated wearable devices, household appliances, industry solutions, robotics, and self-driving cars to virtual reality and other advanced, always-on technologies that benefit greatly from enabling 5G platforms.

In terms of security assurance in the new 5G era, impacts can be expected in the “traditional” forms of Subscriber Identity Module (SIM)/Universal SIM (UICC) and subscription types in the much more dynamic environment. Ongoing efforts in developing interoperable subscription-management solutions that respond in near real time when users opt to change devices and/or operators are creating one of the building blocks for the always-connected society.

It’s still not clear how the consumer and M2M devices will look physically in 5G era, but we can assume that there will be much more variety compared to any previous mobile-network generation. This includes multiple wearable devices per user and highly advanced control and monitoring equipment.

These completely new type of devices can change the role of removable subscription identity modules such as SIM/UICC; the much smaller personal devices require smaller form factors. At the same time, the techniques to tackle with the constantly changing subscriptions between devices need to be developed further as do their security solutions. Cloud-based security, such as tokenization and HCE, as well as device-based technologies like Trusted Execution Environment (TEE), may dominate the 5G era. However, the traditional SIM/UICC can still act as a base for the high security demands.

This article originally appeared in our sister publication Electronic Design.