On day two of IoT World Today, utility providers and experts discussed the pressures the industry has sustained in the wake of COVID-19. 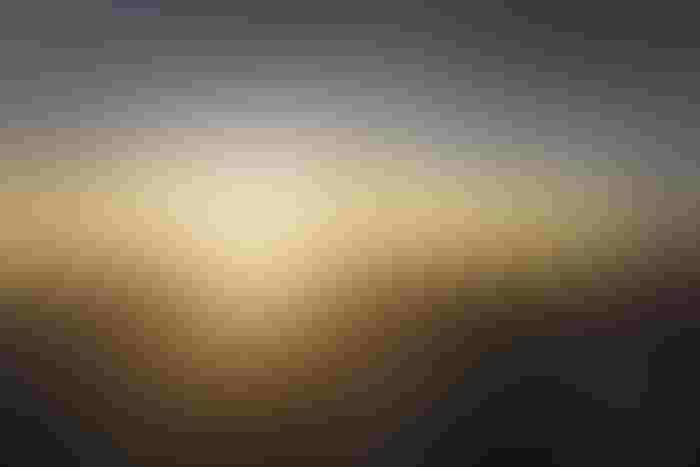 While utility providers have had to adapt in the wake of the COVID-19 crisis, they have also demonstrated resilience in the face of sudden change.

On day two of IoT World, a panel of utility leaders to discuss the short- and long-term impact of COVID-19 on energy providers.. For the energy industry, the initial aftershock of COVID-19 was substantial. While numerous regions implemented stay-at-home orders, critical infrastructure has to deliver 24/7/365.

The energy industry had to quickly adjust and address worker health while maintaining operations.

“We have to keep employees safe but also make sure we keep the power grid up and running continuously,” said Joroen Leverman, IT technology director, NextEra Energy Resources.

While COVID-19 has had immense impact on industries like hospitality, transportation and retail, the energy industry has braved the disruption of novel coronavirus with relative stability—albeit despite some bumps in the road.

That’s due in part to technologies like the Internet of Things (IoT), automation and artificial intelligence, which have enabled practitioners to use technology to remotely monitor equipment, automate processes and gather data in real time to make decisions. Ultimately, IoT in utilities has enabled always-on services and more remote delivery.

All providers noted that shelter-in-place orders required providers to deliver services in a new way.

“It’s always been a key part of our mission to deliver reliable energy to people,” said Eric Helin, senior manager, Exelon during the “Future-Proof Business Models to Bring Collaboration and Tech to the Fore” panel.  “But the way that we are thinking about delivering that has changed.”

That’s because members of the energy provider workforce were themselves were working from home during the early months of the crisis.

“It took a bit of time to get adjusted to working from home, but people started to get really comfortable with it [to] … keep the households running and factories running,” Leverman said.

While an April PwC study found that 41% of utilities were concerned about worker productivity fears may be offset by the industry’s ability to adapt.

Helin noted that shelter-in-place orders had a dramatic impact on workforce processes, such as accessing the network. At first, remote workers deluged the network, creating performance problems.

“It was a huge challenge to deal with just the number of people who could remote into a network when we first started,” Helin said. “We have made huge strides to make sure we could all connect,” he said.

At the same time, critical infrastructure like energy requires many workers to be on-site at plants, substations or in the field to address outages and other issues.

The utilities market has been actively enlisted connected IoT tools to ensure worker health during the crisis.

“You’re always going to have people manning the sites, making sure the systems are running,” said moderator and CEO of Smart Water LLC Bobbi Harris.

The effort to enlist new tools should be scrutinized with caution, however. Fever-screening devices, for example, may fail to measure temperature accurately.

Connected tools can also help automate certain processes and minimize the need for humans to perform every activity. Utilities have enlisted IoT devices for some time to enable greater monitoring of equipment, so field technicians can appear on-site when repair is needed, as the IoT device signals.

Remote monitoring and automated processes have taken on new value during an era where physical distancing is a priority.

As Greg Mischou, managing director of technology at Atlas Technology Group noted, efforts to monitor worker health—not just safety—represent a new era in critical infrastructure industries. With the advent of COVID-19, worker health and safety has become even more intertwined.

“Critical industries have always been focused on safety, but’s this is expanding into health and safety,” Mischou said. He noted that one company is at work on AI technology for monitoring worker health and safety and is adapting the algorithms to incorporate worker physical proximity, temperature and other factors.

Experts noted that automation and predictive monitoring have also accelerated as a result of the crisis to promote efficiency.

“Before COVID, we saw interest in predictive maintenance broadly to make workforces more efficient,” Mischou said. But with COVID, it has intensified ni the sense that people are trying to get more efficient with assets without having to physically touch and monitor.”

“Part of what we gain from having people at the plant and not just IoT devices [is information]: You can feel how hot it is, know if something is making a noise it shouldn’t, you can smell things.. We’re tying to figure out how to leverage robotics coupled with IoT so you can get that full experience as an operator and feed it into AI systems and automate even more.”

Leverman noted that predictive maintenance has also become all-important, giving new force to IoT in utilities. “Can we be smarter in the way we operate? Connecting all those real-time data streams to business processes is a continuous effort. It increases predictability and reliability of the energy grid.”

Helin said that while some projects have been delayed, COVID-19 even more required a reprioritzation of projects.

“The thing we’re focused on right now is making sure that our people stay safe so we can deliver power to people,” Helin said.

That echoes initial results from the IoT World Today IoT Adoption Survey, which indicated that while some 49% of respondents experienced constrained budget given COVID-19, another 49% have seen an increased need for IoT projects given the healthcare crisis.

Cybersecurity Comes to the Fore for Utilities

With sheltering in place and working from home skyrocketing, many industries have experienced an increase in cybersecurity attacks, from healthcare to utilities and, correspondingly, a need to shore up infrastructure.

Energy providers noted they became a target in the early spring. “It was a huge challenge to deal with just the number of people who could remote into a network when we first started,” Helin said. “We have made huge strides to make sure we could all connect

Leverman agreed. “Worldwide there has been a huge increase in phishing activities to breach these kinds of critical infrastructure facilities.”

Mischou noted that the crisis has also continued to reveal the interconnections of IT and OT systems — and the necessity for departments to work together to prevent breaches and vulnerabilities.

Ultimately, though, Mischou noted that the industry held strong in the face of massive change and disruption—a bright spot as the industry moves forward.

“I think it’s pretty amazing when you think about the transformation we have been through over the past six or seven months–changes in working patterns changes in energy usage patterns—the infrastructure has responded relatively flawlessly,” Mischou said.

“With IoT and other technologies that are coming to bear, it will make things even more productive in the future.”