How the Internet of Things is turning around manufacturing at both the macro and micro level. 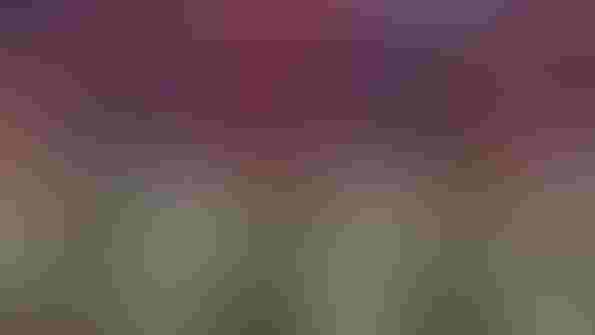 The Port of Hamburg itself is staggering. The numbers that surround it are even more so.

The port covers more than 16 square miles along the Elbe in northern Germany, its footprint close to 6% of the total area of the country’s second-most-populous city. More than 8,000 trucks pull in and out every day, activity never stopping, shifts never really ending. More than 9 million containers filled with manufactured goods are shipped out every year, with that number scheduled to double within the next decade, according to Sascha Westermann, operational IT traffic management at the Port Authority.

The problem is that the port is pretty well established, having opened in May 1189 — so long ago that it was first running under Frederick I, one of the early Holy Roman Emperors. There is next to no opportunity for expansion or change. Doubling the number of containers handled by 2025 is a matter of logistics, not just doing more with more.

Port officials focused on some solution within the ever-stretching realm of the Internet of Things, and turned to the German software company SAP. That was three years ago.

“Something like this is a journey, not a three-month project,” said Nils Herzberg, senior vice president and global co-lead for IoT go-to-market for SAP who started working on the project in November 2014. “Start with a proof of concept, try, potentially fail, change or adjust your direction, because I don’t think IoT projects are like your classical ERP projects, where you have a nine- or 18-month project and an outcome. Here, it’s more crawl, walk, run.”

Piece by piece, an intricate network was created and connected. “This is a network of parties playing together and achieving things that none of them were able to achieve on their own,” Herzberg said.

One of the major improvements was better management of those 8,000 trucks, requiring more and more of them to be connected for easier communications and for pre-clearance of inventory on board. “Not everything runs on time,” Herzberg said. “About 70% of all German truck drivers arrive too early because they are afraid of the penalties, and what they do is they clog up the harbor with their trucks. So you try to keep them out, not in, and you call them when you need them.”

That one small switch saves a reported five minutes per truck per delivery, which works out to about 5,000 man hours every day. Just as important is keeping roads open not only in the port but around it, on the city’s streets and its 130 or so bridges, many of which are raised to allow ship traffic. Jams were common not only because of the port but also because of a major manufacturing center “just down the road.”

All this might sound like a supply chain solution wrapped in the glitter of technology. It is. It is also a technological solution that can be applied to any factory, no matter the size. If the port in Hamburg — the second-busiest in Europe, with constant comings and goings, so many moving parts, so many outside variables — can work out an IoT solution, can coordinating a factory floor be any more complex?

Mike Amaya works with considerably fewer outside variables, and on a smaller platform.

Amaya is the plant manager for Stanley Black & Decker’s DeWalt Power Tools plant in Reynosa, just over the Mexican border near the southern bank of the Rio Grande. His factory floor is still plenty large — about 500,000 square feet — and filled with several thousand employees working on 40 multiproduct manufacturing lines. The plant opened in 2005 and manufactures professional power tools like jigsaws, planers and cordless drills, millions every year.

“We do a lot of the components ourselves,” Amaya said. “We’re so huge that we have to make sure all our processes align. We have to get people in and out of the plant quickly and get finished goods out quickly just as well.” Amaya figured the plant could be run more efficiently, but what was the best route?

By now, everybody is at least relatively familiar with the IoT facts and figures that tech geeks and analysts like to throw around: More than 200 billion devices will be connected around the world within the next five years and the market size should hit $10 trillion around the same time. By the start of 2020, if not sooner, we’ll all wear connected watches and connected glasses, and drive our connected cars to whole connected factories and warehouses. Adapt, or wither and die. Even three years ago, though, IoT was hardly as all-encompassing as it is today.

The Reynosa lines were working at a reported 75% efficiency rate back then, when Amaya huddled with Nick DeSimone, the vice president of operations at the plant, and Gary Frederick, its CIO in the industrial and automotive repair division. They decided to turn to tech — and to industrial IoT, in particular — to curb some of those problems and increase efficient production. Production had long been monitored every hour, and more data seemed in step with keeping a constant eye on production.

The Stanley Black & Decker plant worked with Cisco to improve its wireless infrastructure, and with AeroScout Industrial, which manufactures Real-Time Location Systems (RTLS) for manufacturing, aerospace, mining, and oil and gas. The solution wasn't terribly complex at the start: routers and RFID (radio-frequency identification) tags working in sync as part of the RTLS. (The plant was already hooked up with wireless, which meant one less step to take at the outset.)

The most significant immediate improvement was the RFID tags providing real-time location and status to workers on the lines, shift supervisors, and plant managers, spotting problems far more quickly than human eyes. Workers could still report problems by pressing buttons located on each line, which sent the data to the software system. Based on the button that was pressed, the software sent messages with the location and suggested how to follow up. More buttons were located at the end of each line for quality control.

The results were impressive: Line efficiency jumped to 96%, throughput improved about 10%, material inventory carrying costs dropped by 10% and, in terms of ppm, defective parts dropped 16%. Thanks to that success, Amaya and his team expanded the tech to all of the plant’s production lines, on into the warehouse, tracking materials in real time and directing them to appropriate lines.

“When production falls below a certain rate, we know there’s an issue out on the line,” Amaya said. “Our quality has improved.”

One More Big (or Small) Number

There is another number tied just as closely to IoT growth, quality and implementation that has been bandied about far less frequently: 1, as in 1%.

That 1% represents the productivity increase of industrial companies from 2011 through 2015, according to Jeff Immelt. As the CEO of GE, Immelt sells plenty of connected products and has an enormous business stake in the success of the industrial internet. To hear him actually talk about it, he also sounds like he would be a genuine champion for the technology even without company billions and personal millions at stake.

“The opportunity for industrial companies is to grab this next age of productivity,” Immelt said. “Productivity remains absolutely critical to the future of our industries, … and the ability to move quickly, to continue to take advantage of opportunities, has never been more important than it is today, in the volatile times we live in.

“We're in the beginning days of an entirely new industry that's all about getting productivity where it should be.”

No matter whether that means trucks pulling into ports only when they’re scheduled, or factories minimizing defective parts on dozens of lines, or your own workers improving whatever process needs it on your shop floor.

“This is real,” Immelt said. “It's driving productivity, and it’s going to be significant.”