Cleo Cabuz, Ph.D., vice president of engineering for Honeywell Industrial Safety, explains how the intersection of the Internet of Things and the worker will push the edge of safety and productivity. 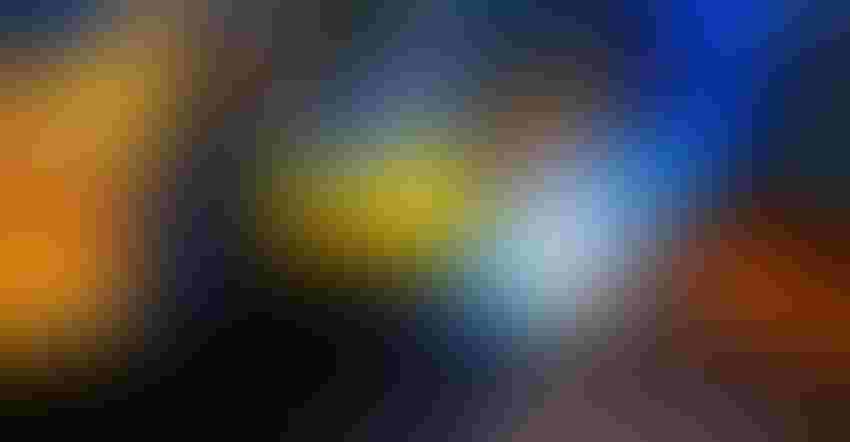 While “wearables” – sensors and personal monitoring systems that indicate when a worker is being exposed to unhealthy doses of hazardous substances – are not new, they do continue to evolve and improve. A prototype recently showcased by Honeywell Industrial Safety and Intel gives a whole new meaning to technology when it comes to worker safety and productivity.

In November, Honeywell and Intel announced they have joined forces to create and demonstrate a prototype of a personal, connected, safety solution for industrial workers and first responders that could reduce workplace injuries and improve productivity. The prototype was shown at Intel’s Internet of Things (IoT) Insights Day Nov. 3 in San Francisco, an annual showcase featuring innovative IoT hardware and software in development by Intel and partnering companies.

According to Honeywell and Intel, the prototype provides safety intelligence that will reduce worker injuries and prevent loss of life from “man-down” scenarios, improving productivity and reducing equipment failures.

Dr. Cleo Cabuz, Ph.D., is vice president of engineering for Honeywell Industrial Safety. She talked to EHS Today about  the edge research into worker safety and productivity and how the partnership with Intel came about.

‘How Can Intel’s Internet of Things (IoT) Strategy Help Us?’

Cabuz said that Honeywell and its brands like Rae Systems have been working on strengthening the bond between communication and safety technology for years, searching for ways to further connect workers. Wirelessly connected sensors and monitors are not new, she noted, but one of the biggest challenges was to create and adopt technology that could do as much processing of information as possible on the worker, at the edge of the internet.

Rather than send information off to a remote hub, which not only creates an extra step in the communication process but also consumes battery power, Cabuz said she and others envisioned technology that could provide feedback locally, to the worker and immediate supervisors, as well as transmit “sentinel event” information to a hub that can analyze it and track trends and risk factors, hopefully eliminating future events that threaten worker lives or create production failures.

“We wanted to know how Intel’s Internet of Things (IoT) strategy could help us with this challenge,” said Cabuz. “We were intrigued about what we could do for the worker from an IoT perspective.”

Working together, Intel and Honeywell envisioned technology that would collect data from a variety of sensors, would analyze it locally and would provide high level insights to the remote operator as well as to the worker himself.  Particularly for workers going into high risk environments, such as firefighters, these devices, like a black box from an airplane, could store critical information about the activities and the environment of the worker, which could be analyzed, used for training purposes, or for continuous remote monitoring at a centralized command center.

“We thought, ‘Why don’t we try to apply all of these new and exciting technologies into a very challenging problem: [the safety and productivity of] the worker? We partner with a number of companies and asked ourselves: Who is the best at providing intelligence at the edge as well as potential support for the entire IoT stack?” said Cabuz. “Intel was the right fit.”

The prototype of the Honeywell Connected Worker solution includes a mobile hub collecting data from a variety of sensors on a worker, that are combined to provide a broader and more accurate picture of what that worker is experiencing. The mobile hub pulls data from a self-contained breathing apparatus (SCBA), a heart rate monitor and several Intel Quark SE microcontroller-based devices, including a toxic gas monitor, an activity detection device and a non-verbal gesture device.

According to Cabuz, the non-verbal gesture device can be programmed with a pre-programmed set of cues, so that first responders – police officers, mental health professionals, firefighters – can signal if they are in a dangerous situation without having to communicate it out loud. For example, the worker could gesture that he is being confronted by a person with a gun, or by a person who appears unstable.

The motion analysis could prove useful in situations where employees are first responders, in a lone worker scenario or in a hazardous environment, said Cabuz.

“The motion analysis sensor can determine if they are walking, standing still, climbing a ladder, crawling,” she said. “If the employee goes down and stops moving, it works like a black box and can tell us what happened. What was that worker doing over the course of that mission? All of the information is available in the exact sequence of when it happened.”

“Maybe a firefighter is standing still because he’s looking at something or thinking about how to proceed through a building, but the sensor only knows that he’s not moving, so an alarm is triggered. This technology provides an intelligent description of activities.”

Looking Toward the Future

Cabuz encouraged employers and workers to think about the Connected Worker technology like they do in relation to the smart phones and tablets that have become ubiquitous in our lives.

“The same person – the worker – when at home, is constantly connected with tablets, smart phones, exercise monitors, etc.,” she pointed out. “We are connected 24/7, except for those eight, to 12 hours we’re at work. This technology bridges that gap.”

Although the technology makes use of safety devices such as portable gas detectors and SCBA, its sole purpose is not safety. The data the Connected Worker Solution collects via technology such as the movement sensors can offer insight into productivity losses and gains.

Is the worker taking several steps to complete a task, thereby adding time to his activity? Is his heart rate climbing because he is exerting himself? Is there a way to minimize that exertion while still performing the task? The Connected Worker Solution can answer these questions and more, helping employers make intelligent, informed decisions about job tasks.